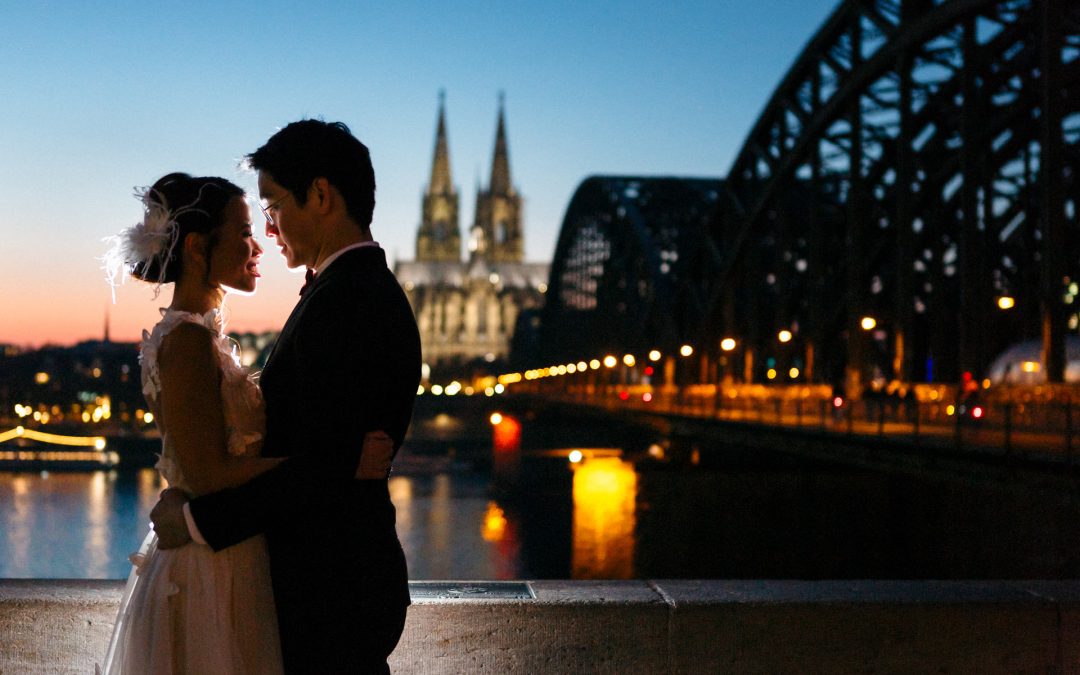 I’m taking inspiration from Snoopy on this post.  Instead of a dark and stormy night, I’d say this was a cold and wintry day.  The thermometer read in the single digits.  The couple wanted something fun, loving but not super duper intimate.  We’re asians, so huge public displays of affection isn’t really in our culture.  We headed out and started shooting.  The couple were fun and spontaneous, and it was a joy to just photograph them.  After some time on the Rheinüfer, we headed back so Michelle could change into the wedding gown.

This was when we started to lose light really quickly, as it was wont to do during Wintertime in Europe.  We walked across the Hollenzollernbrücke and I shot a series of images intended for black and white.  However, it also looks awesome in colour. We reached our destination just as the sun was setting behind the Cologne Dom.  I wasn’t sure if the Dom would be lit up, so we took some shots first for safety.  And just as we were about to go, serendipitously, the lights turned on, and lit the Dom up.  One of the most awesome and amazing sights in Cologne is just watching the Dom lit up at night on the other side of the river, with a cup of hot coffee or cold beer (depending on the season) in hand.  I hope you enjoyed the images.

My favourite image would have to be the “Finding Nemo” image just because of the way it matches their smiles.  Or vice versa.  🙂 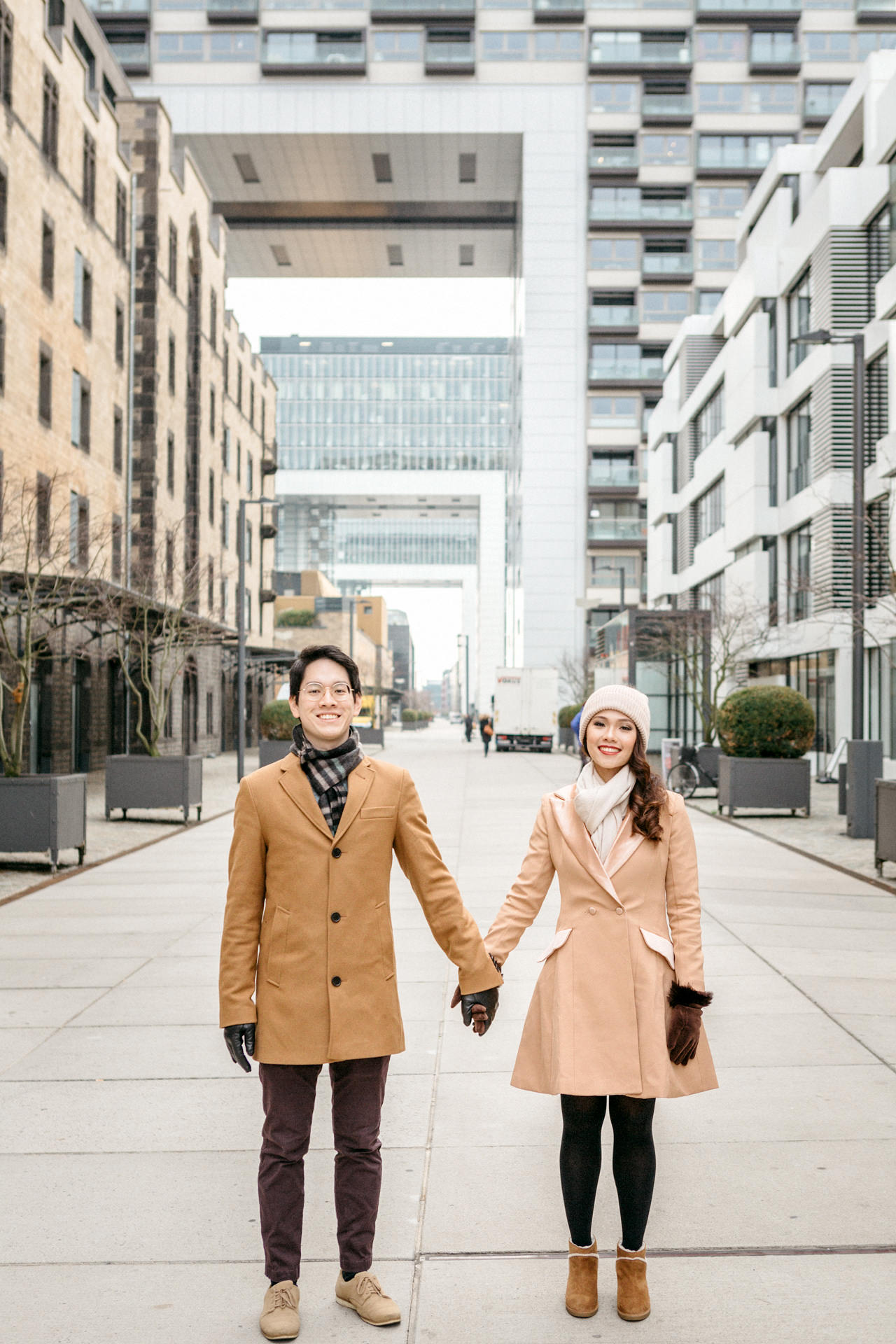 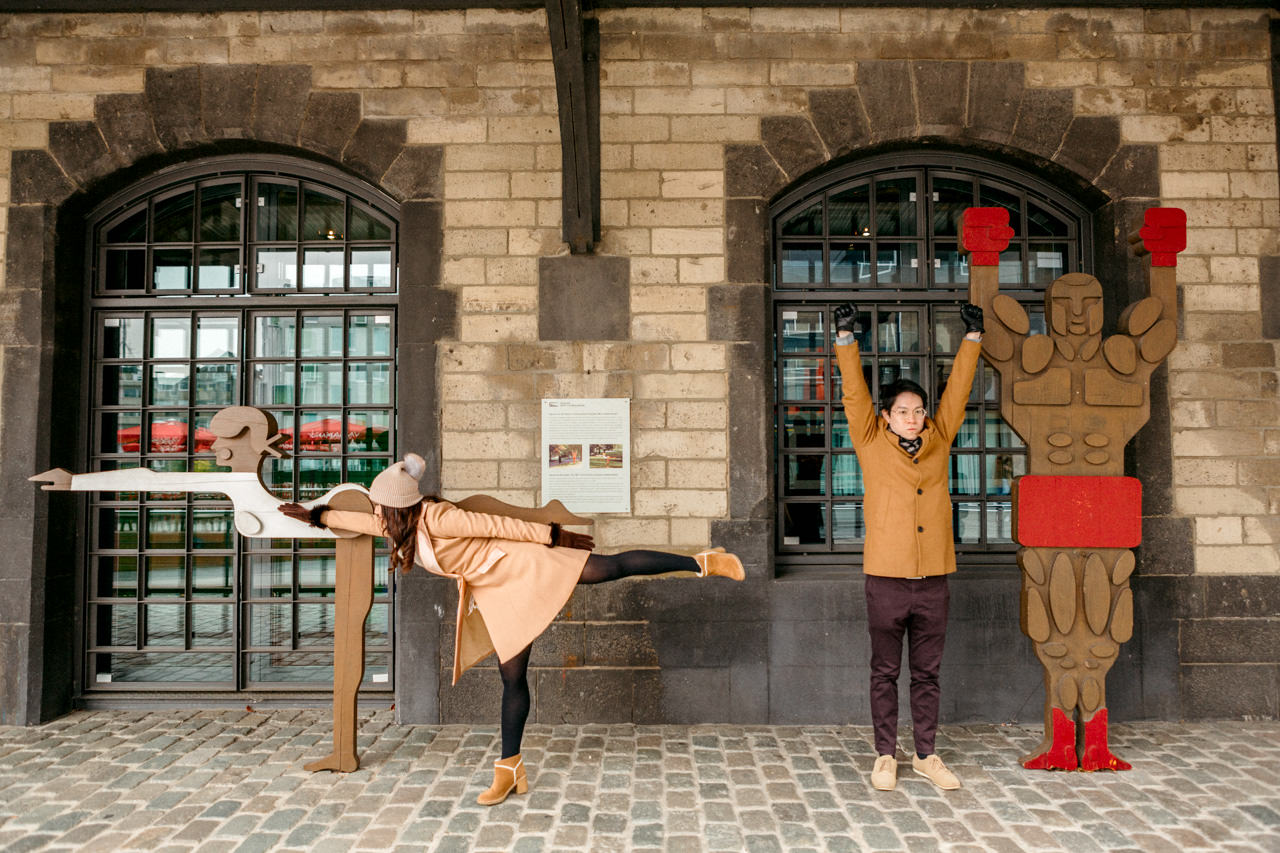 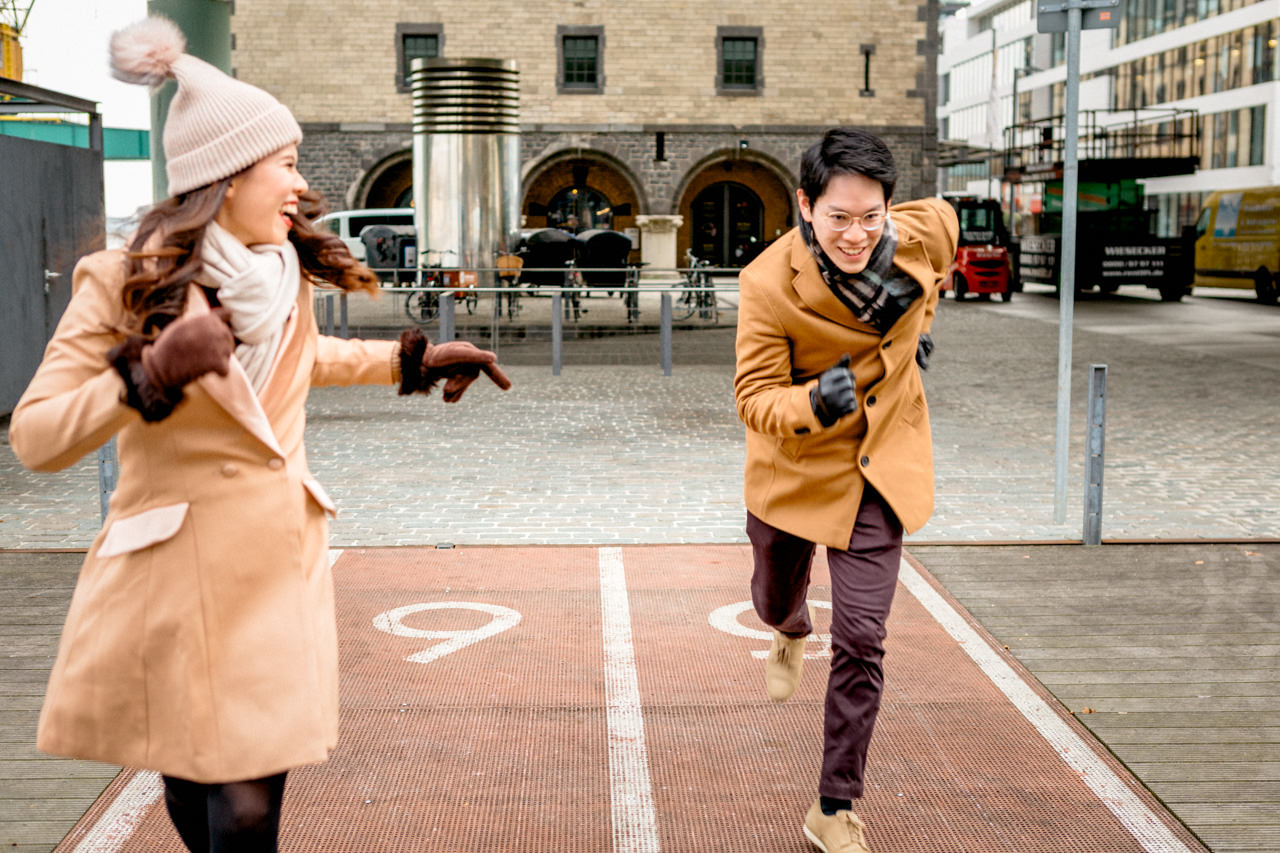 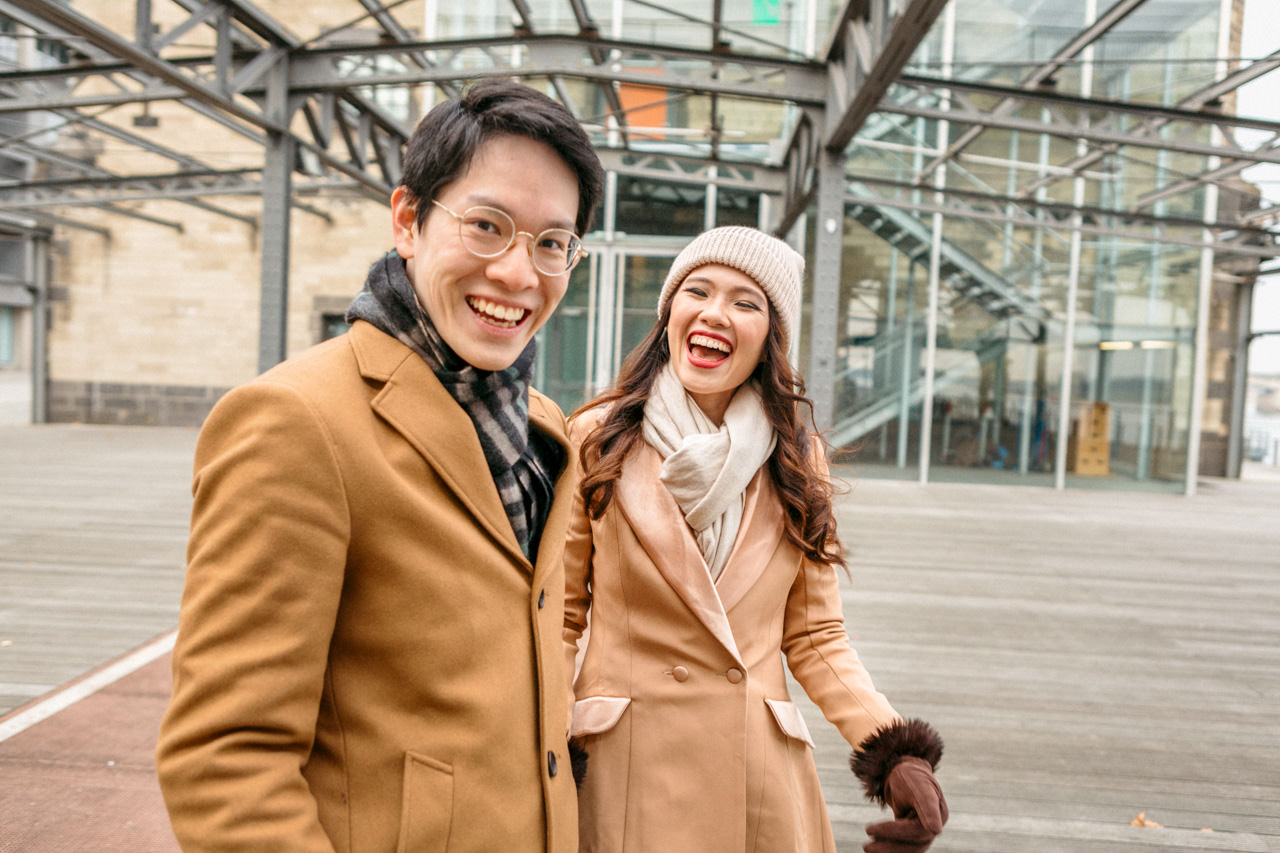 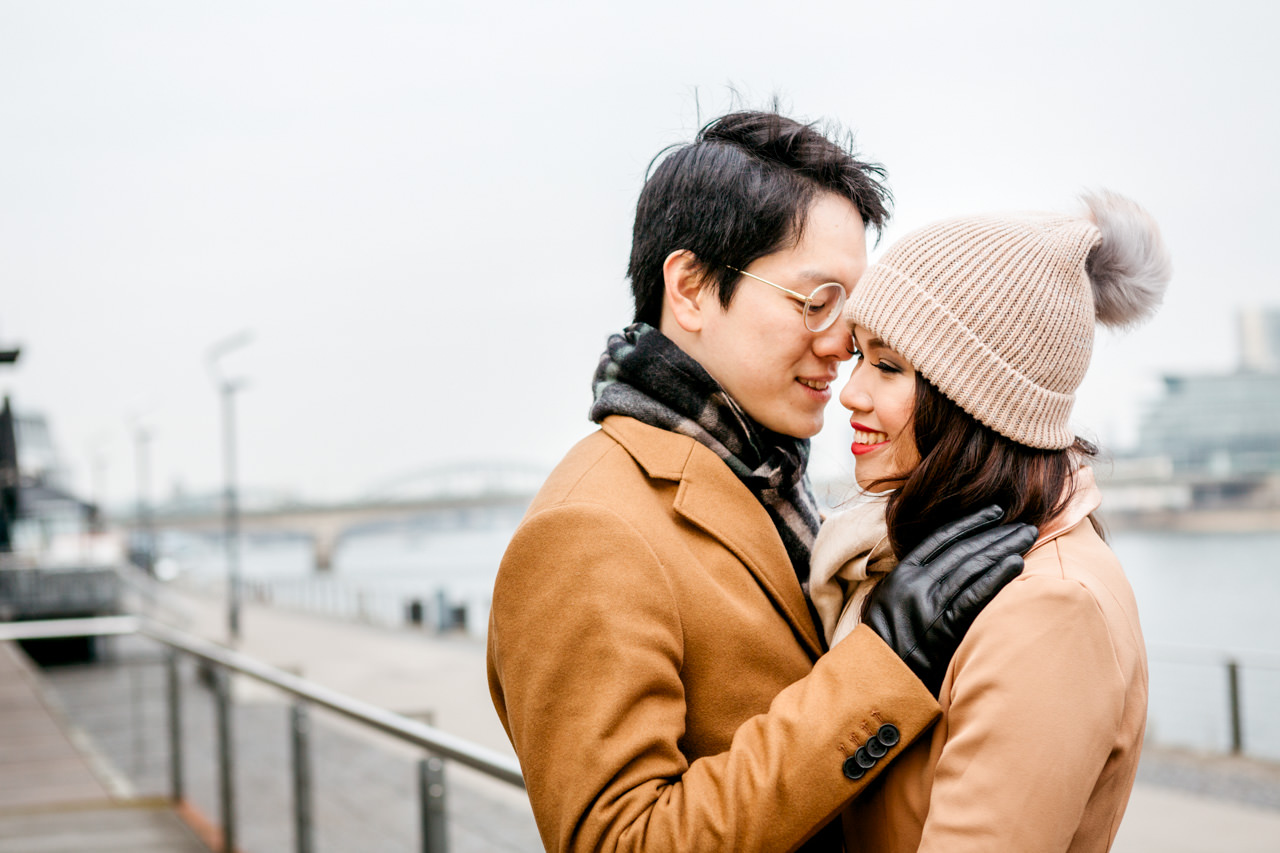 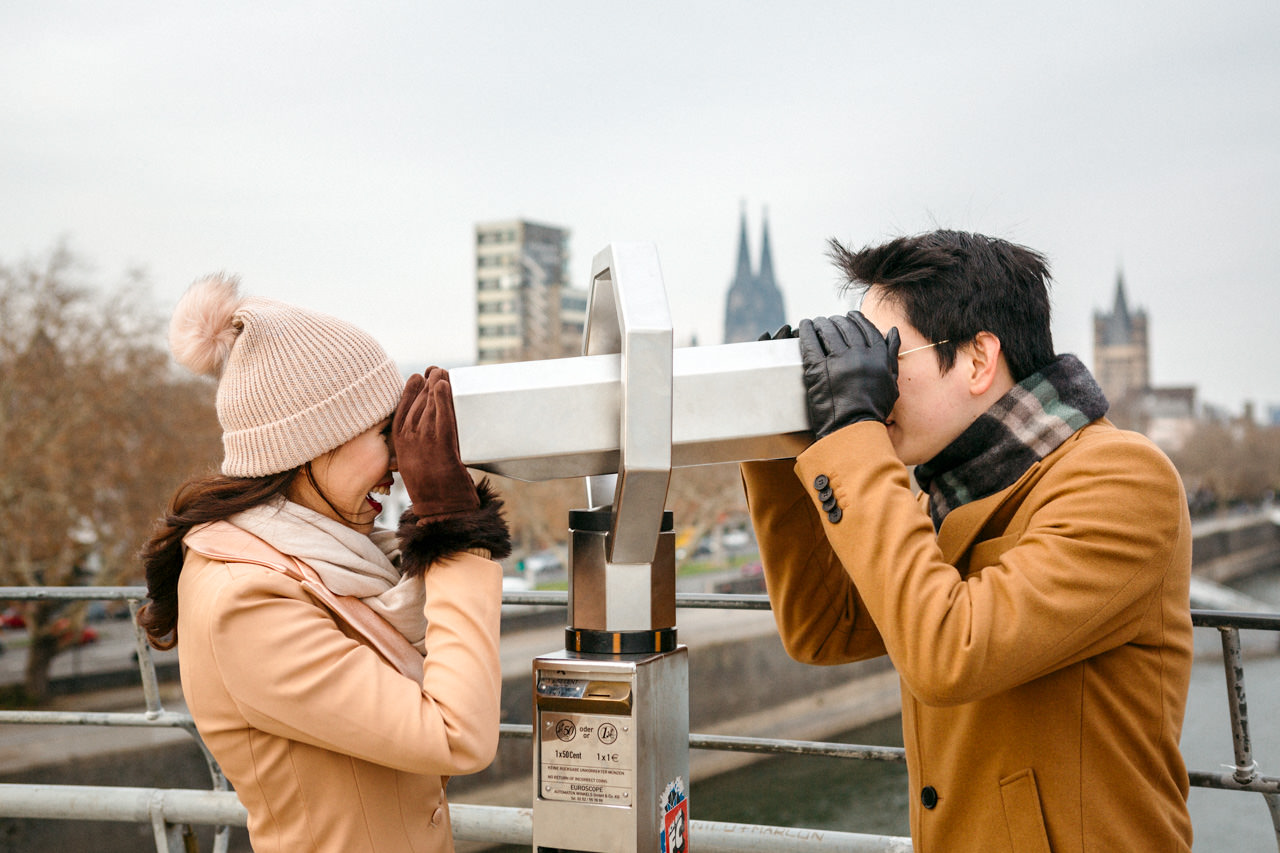 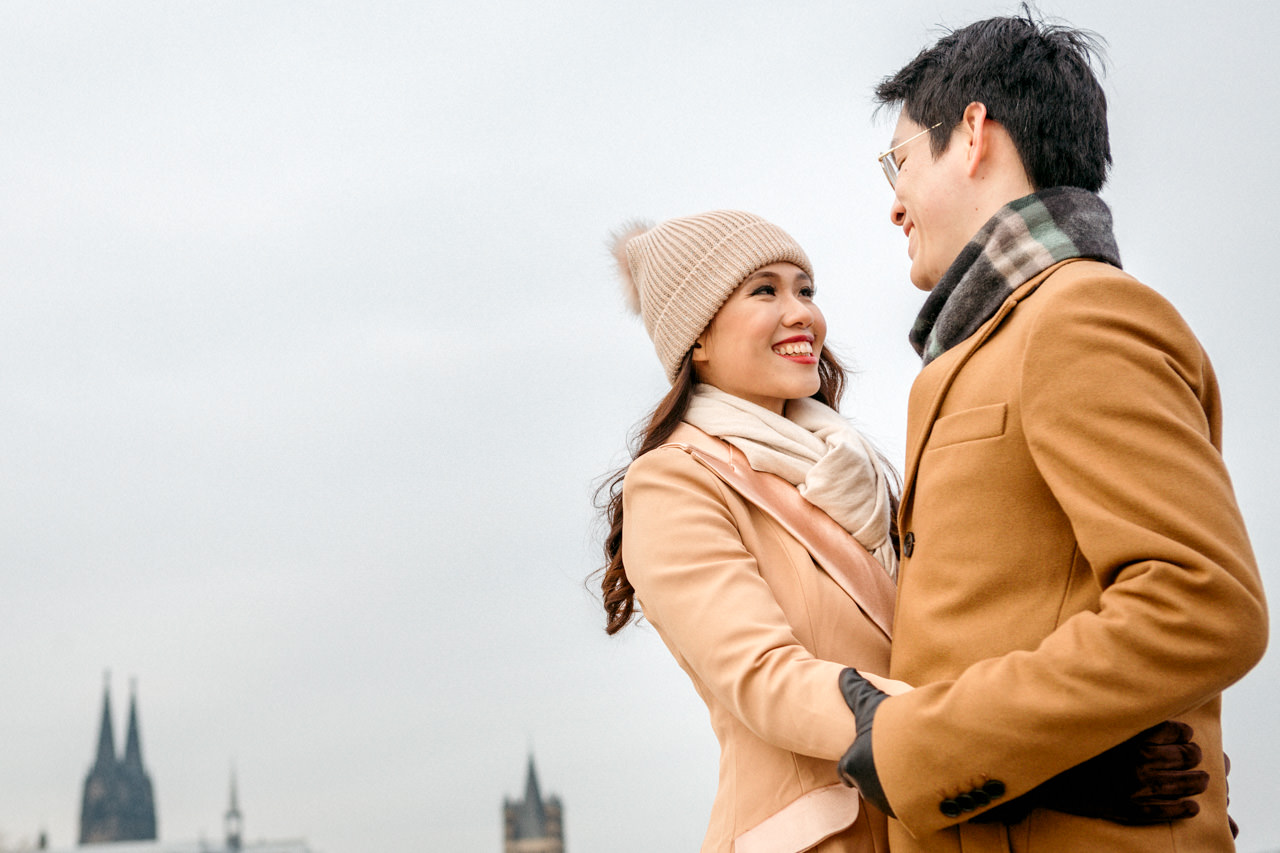 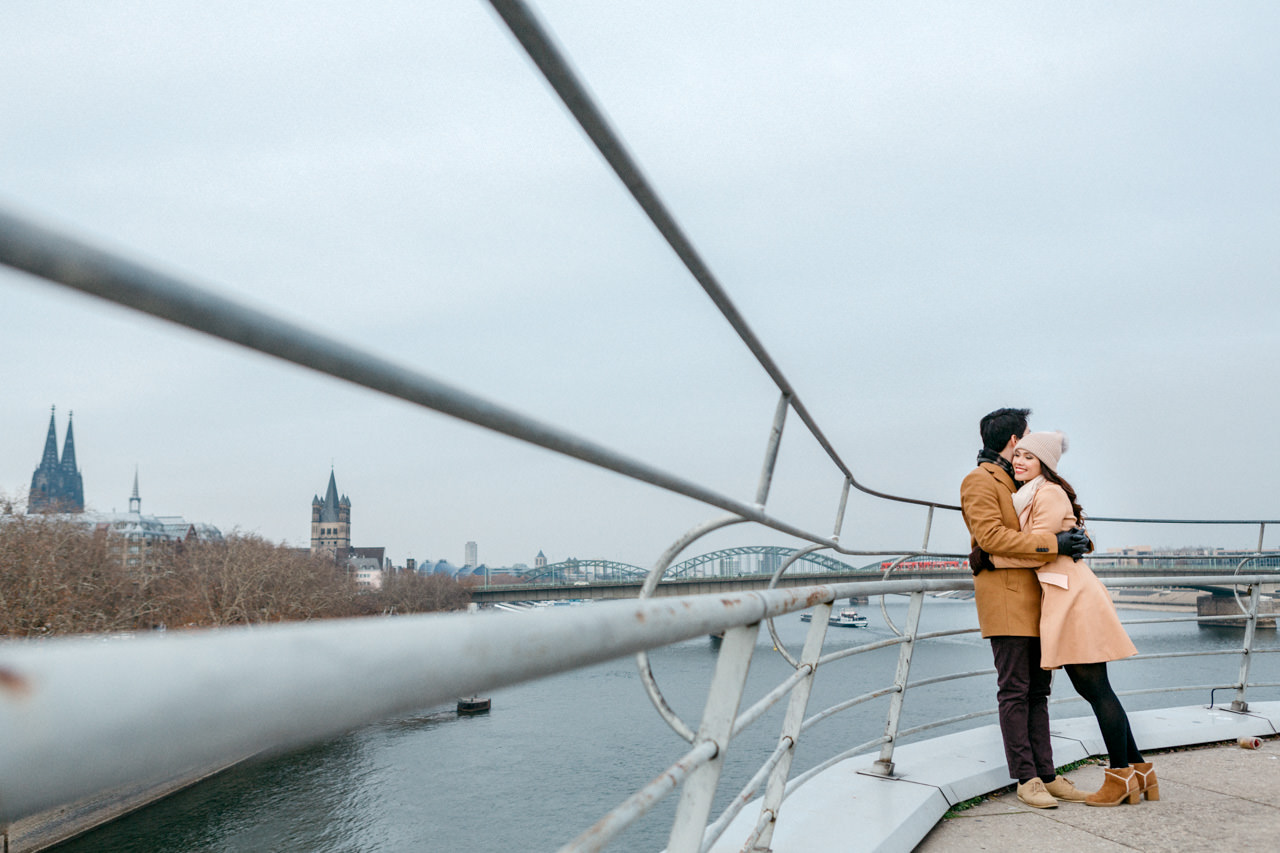 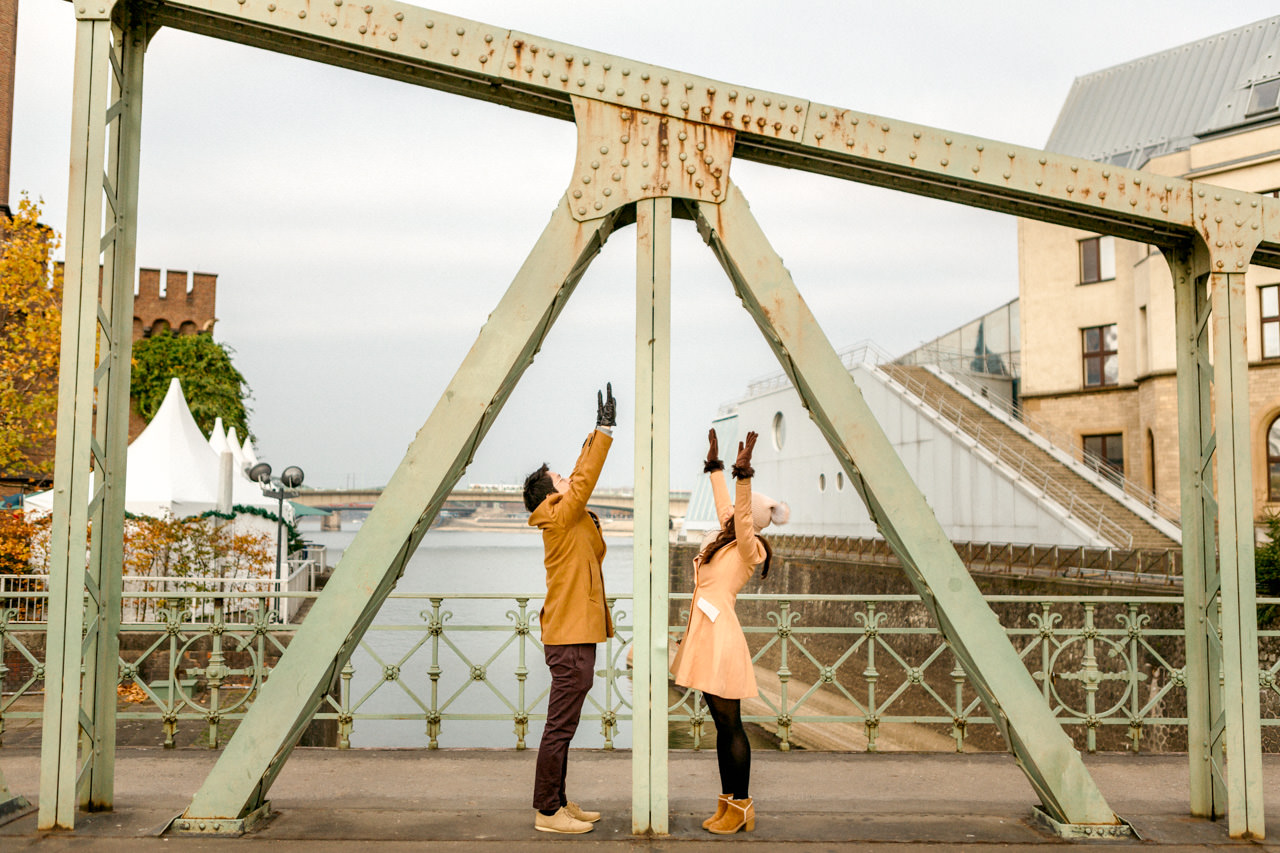 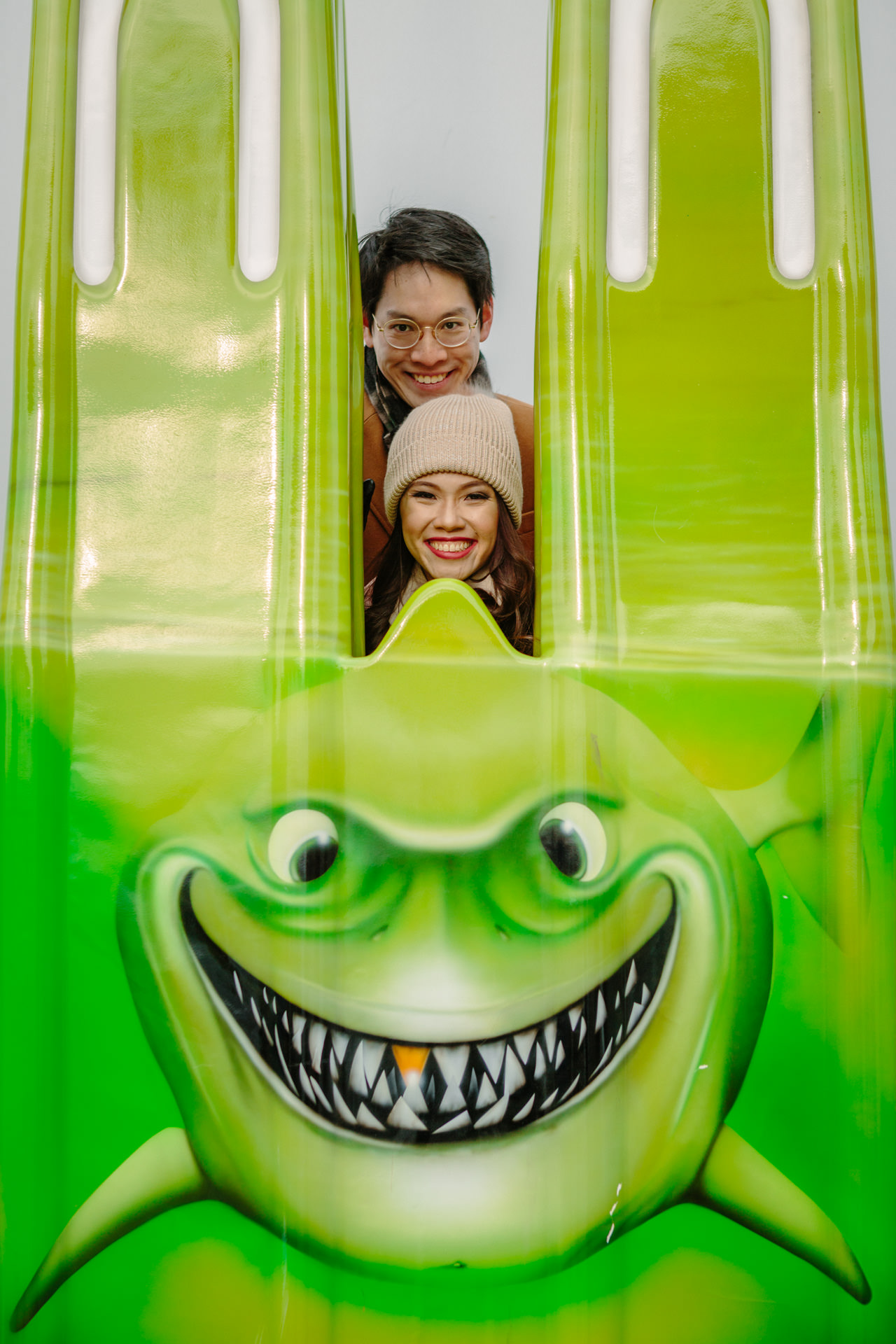 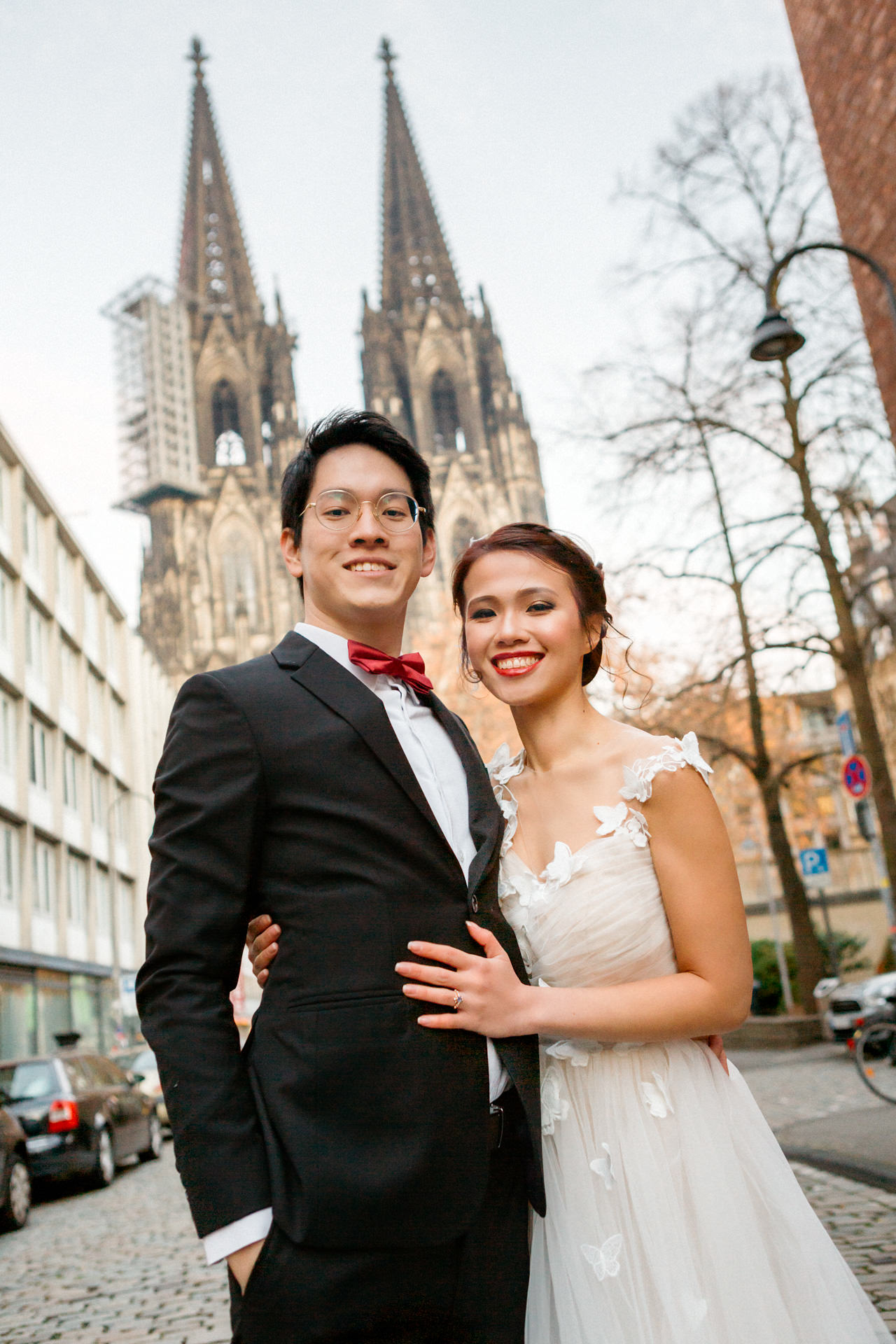 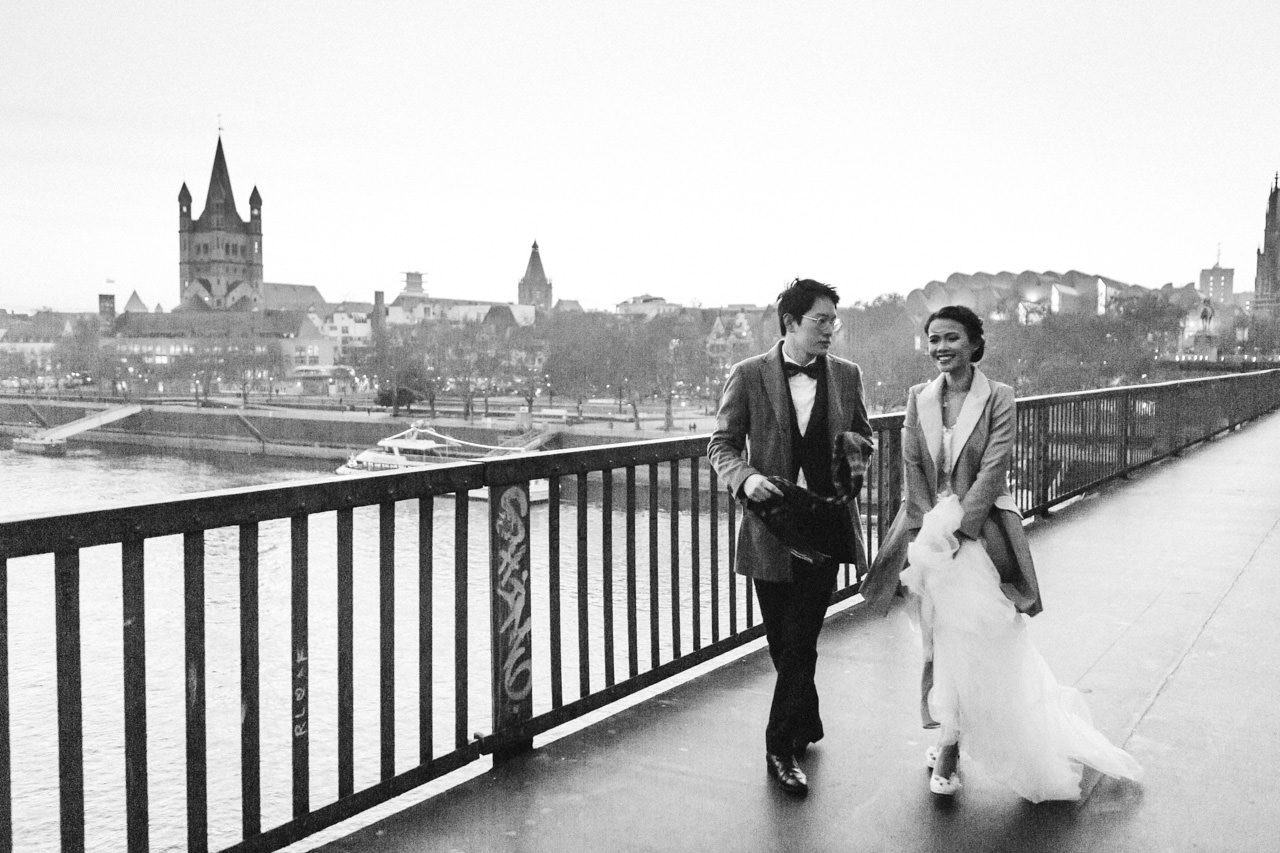 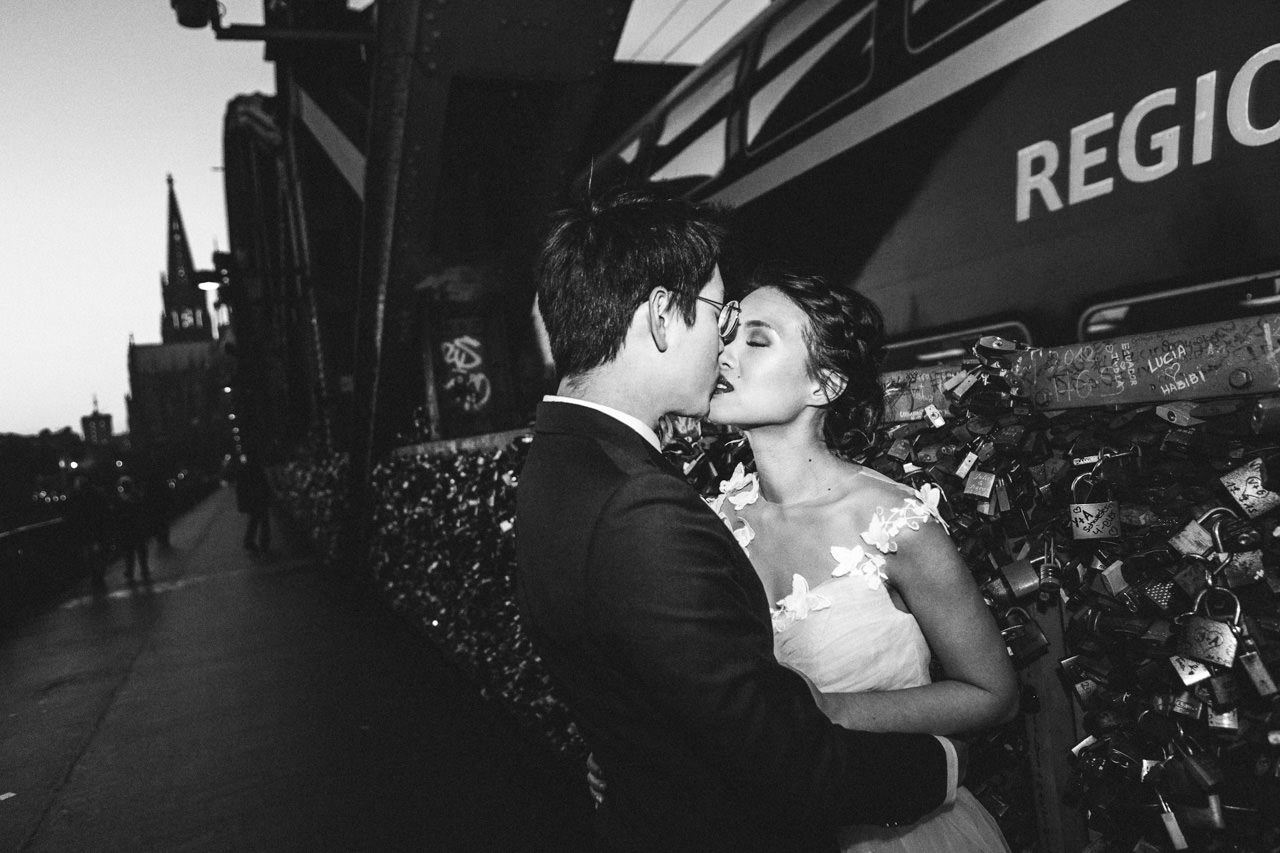 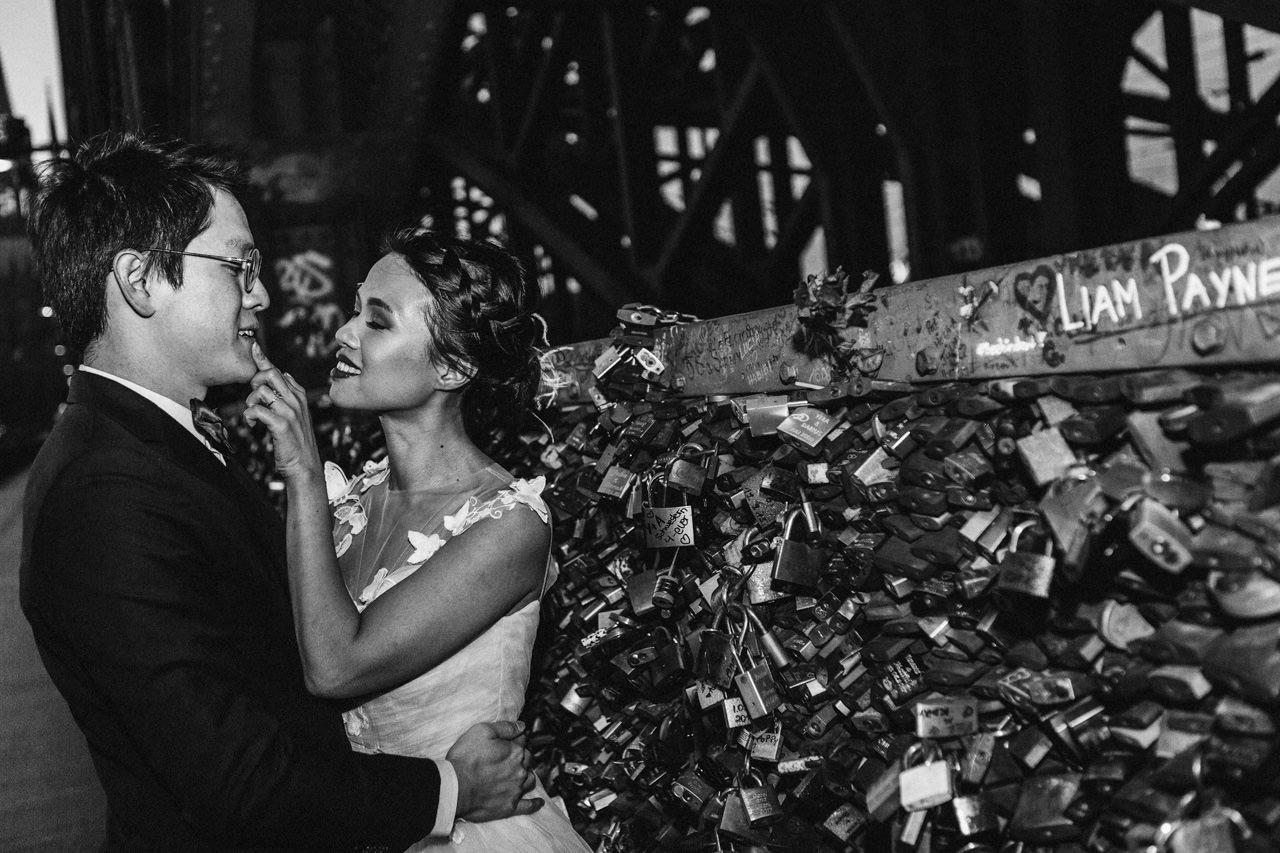 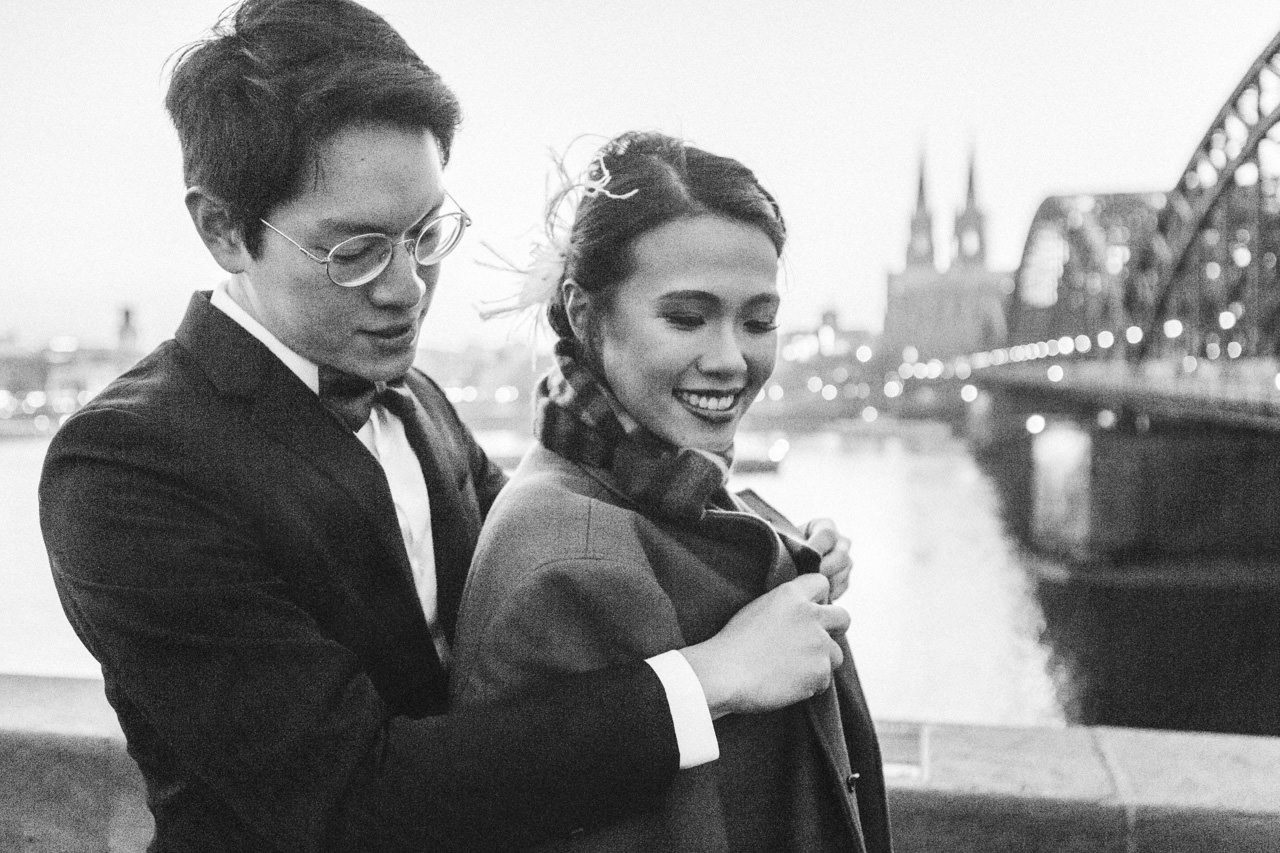 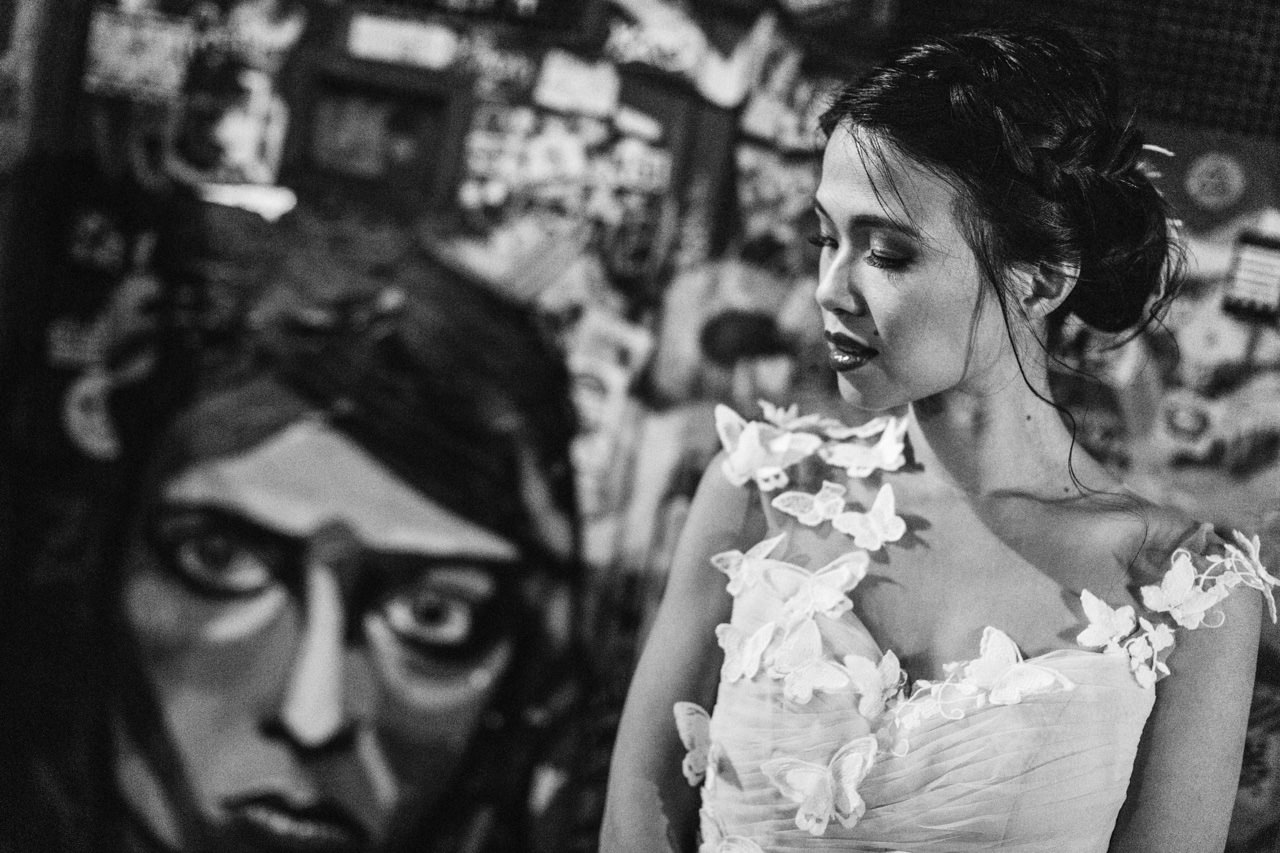 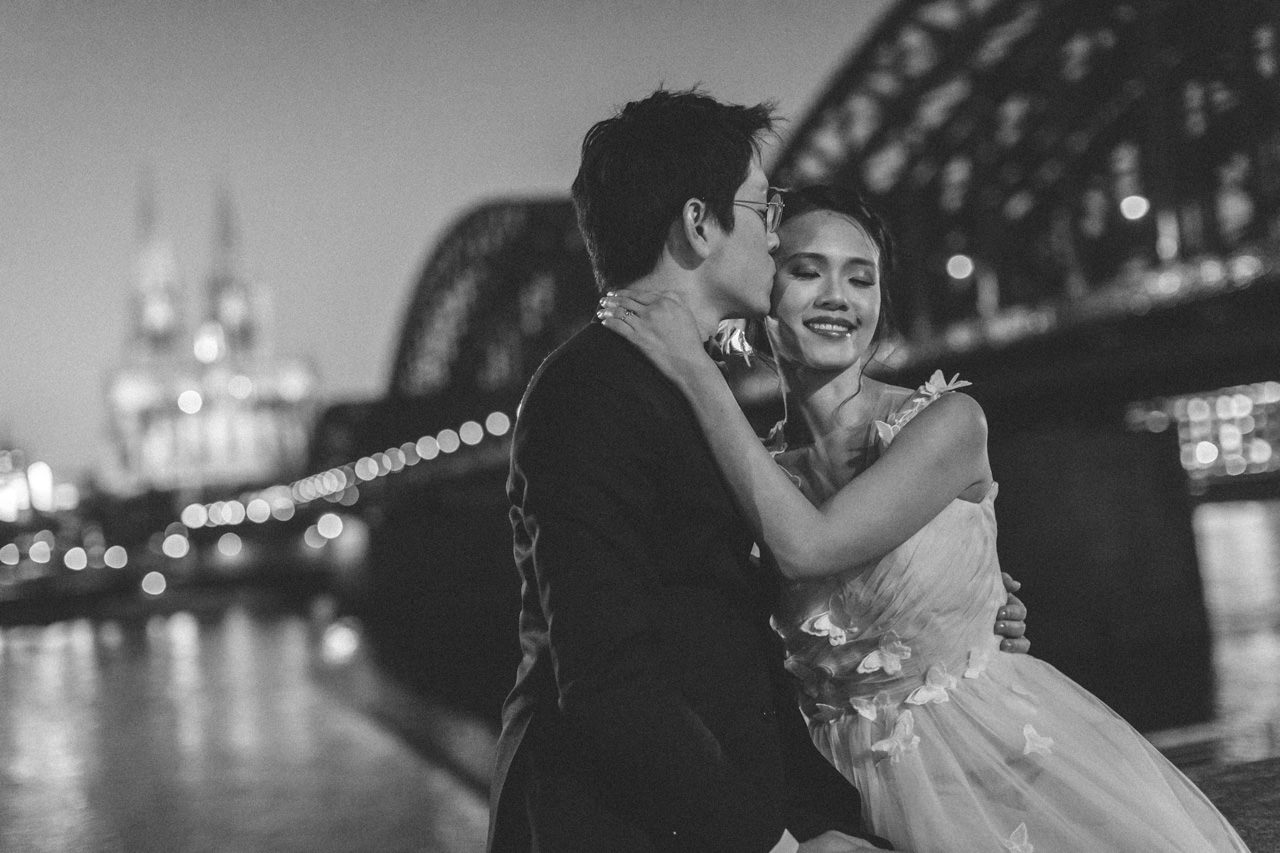 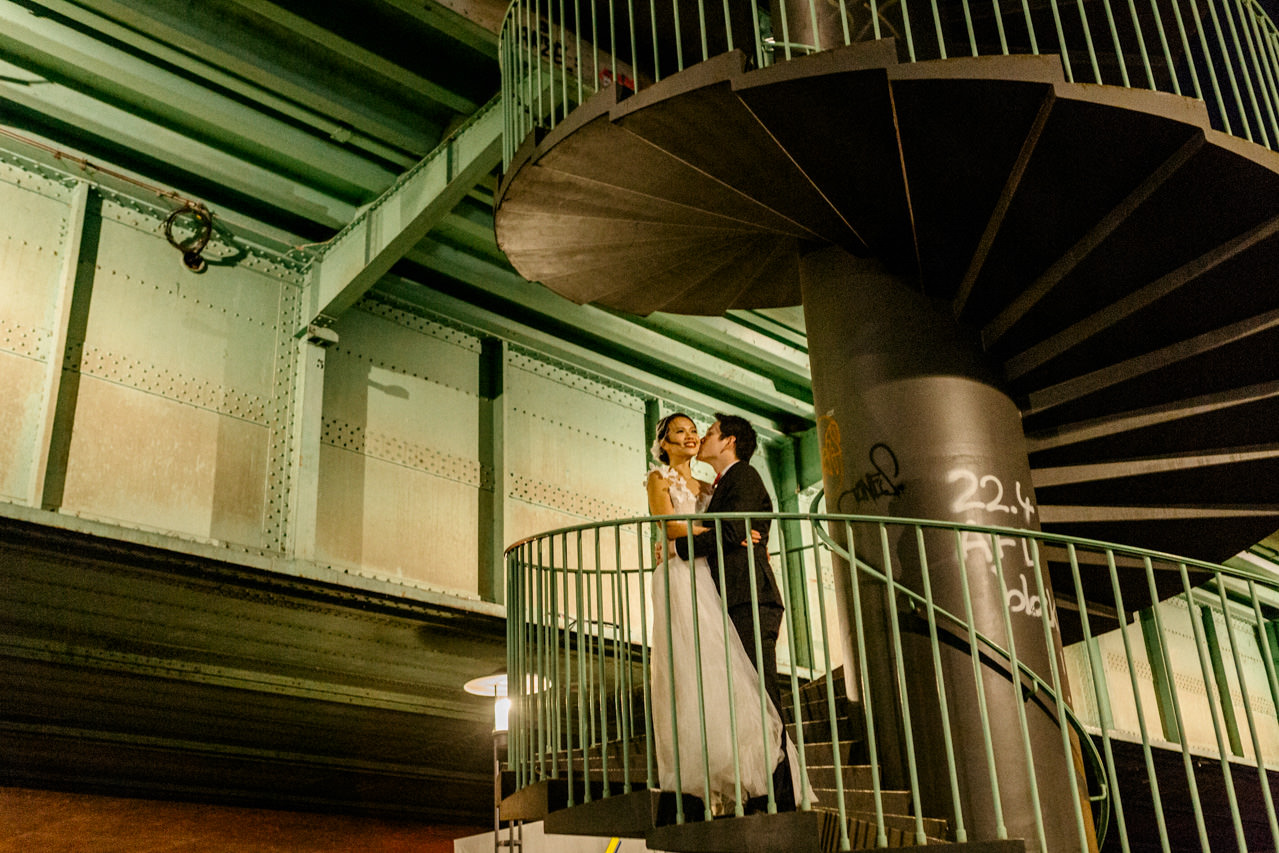 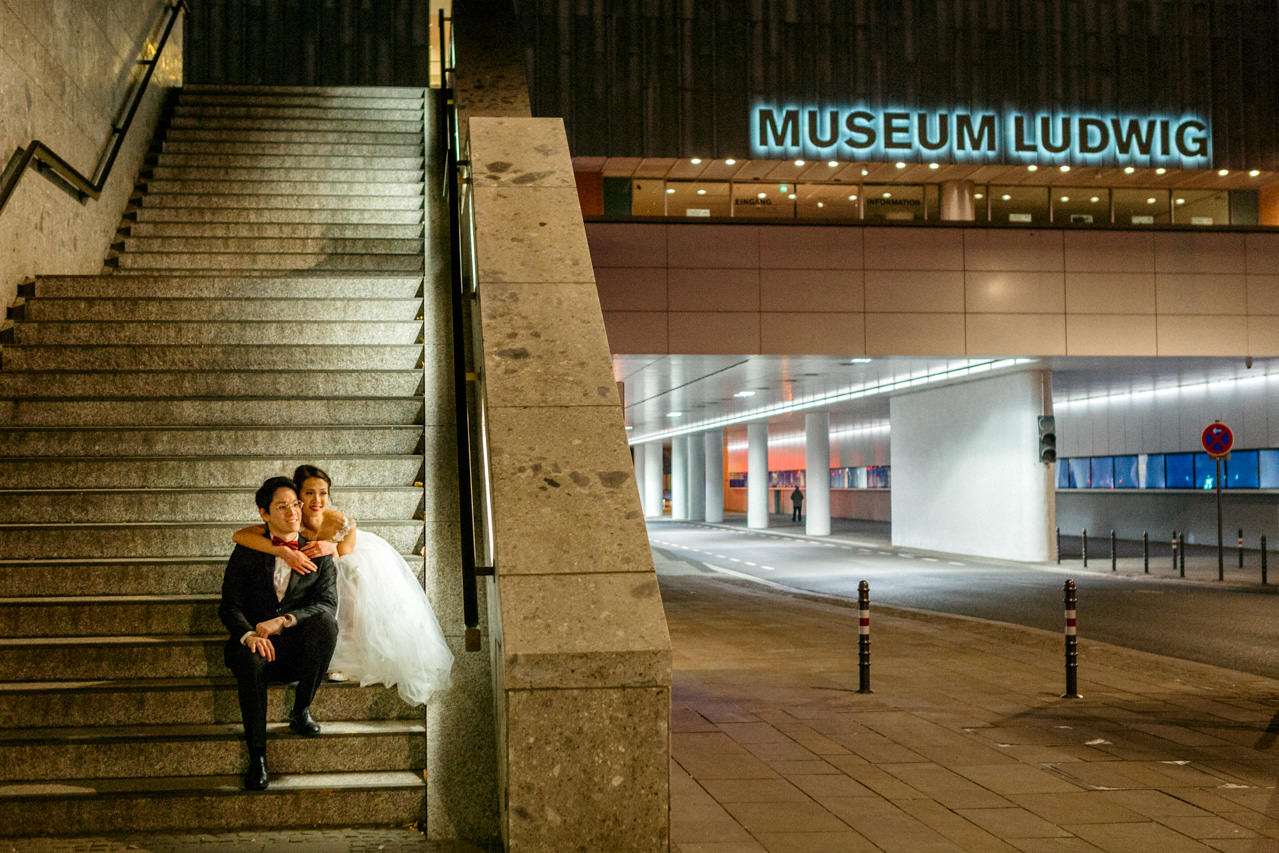 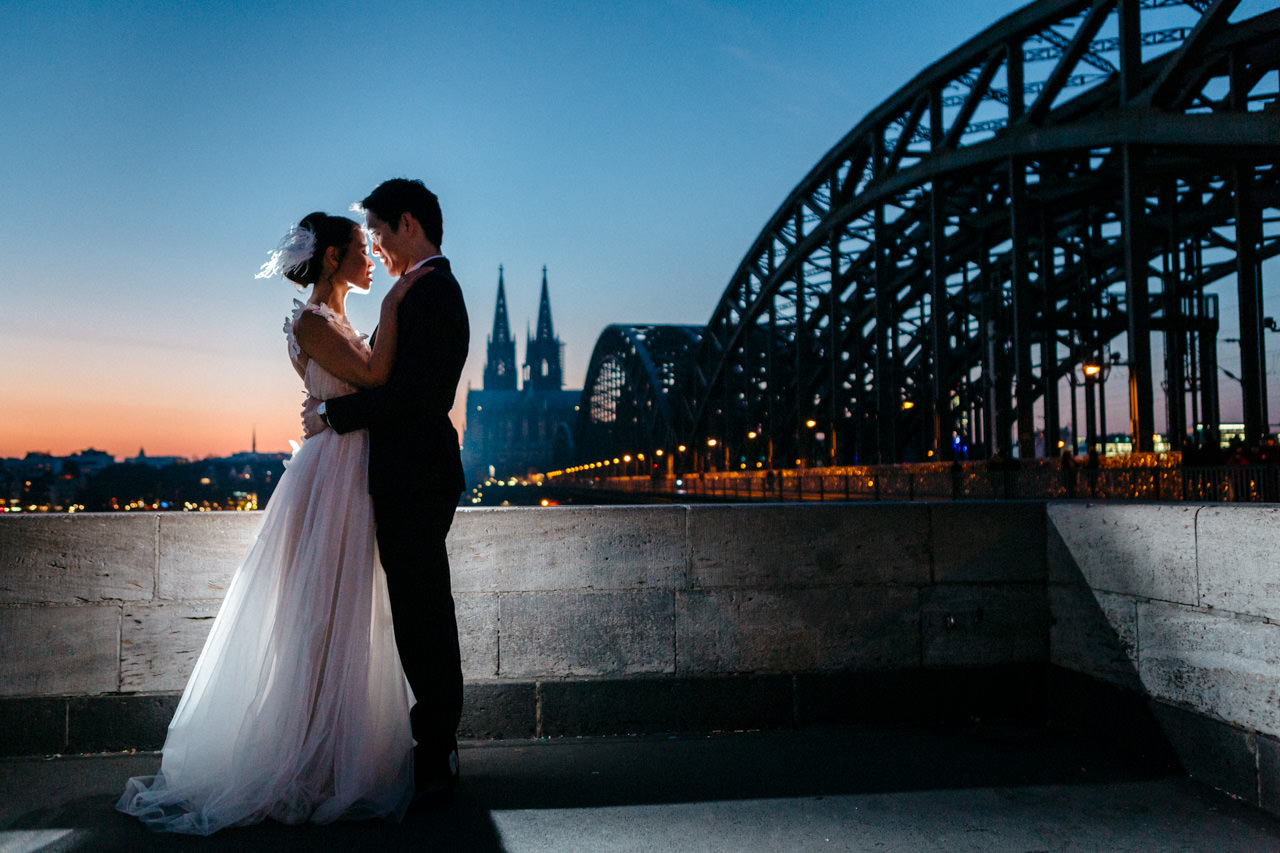