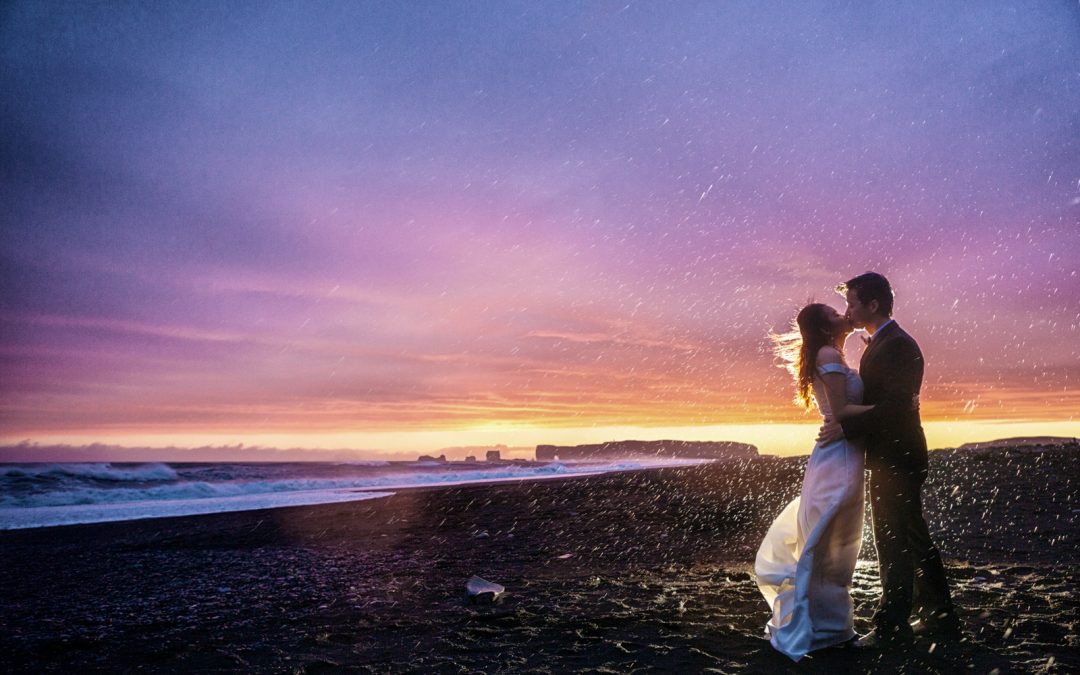 Iceland has many tourists every year.  And it’s been the Mecca for photographers for the last few years.  To me, this is like a dream come true, to be able to photograph in Iceland.  What’s interesting was that I met the couple at the airport, without even knowing them.  I heard my name being called and there they were.

But regarding the prewedding shoot in Iceland, it was a miracle in itself.  We had crazy weather from the beginning.  Rain, wind, single digit temperatures, fog, and so on.  But despite that, the tougher the conditions, I believe the more beautiful the images that can and will be produced as long as we choose to go through it.

We had to drive to the black beach from Jokulsarlon and Kirkjubæjarklaustur and it was a race against time.  Speed limits are very strict on Iceland with stiff penalties so we couldn’t speed.  But we managed to make it with about 5 minutes to spare.  I still vividly remember racing to the beach with my camera gear and the couple in their wedding clothes, and taking the images in less than 5 minutes.  The sunset you see there was just as the sun dipped below the horizon.  And after that, it was gone.

At one point on the black beach, the wind was so strong we couldn’t walk back to the parking area unless we were holding each other, sort of like a human chain.  It was exhausting, but I wouldn’t have it any other way.  On the way back towards Reyjavik, even though it was pouring buckets, we decided to stop by Seljalandfoss and try our luck.  The path was totally waterlogged, but I think it was worth it.  🙂 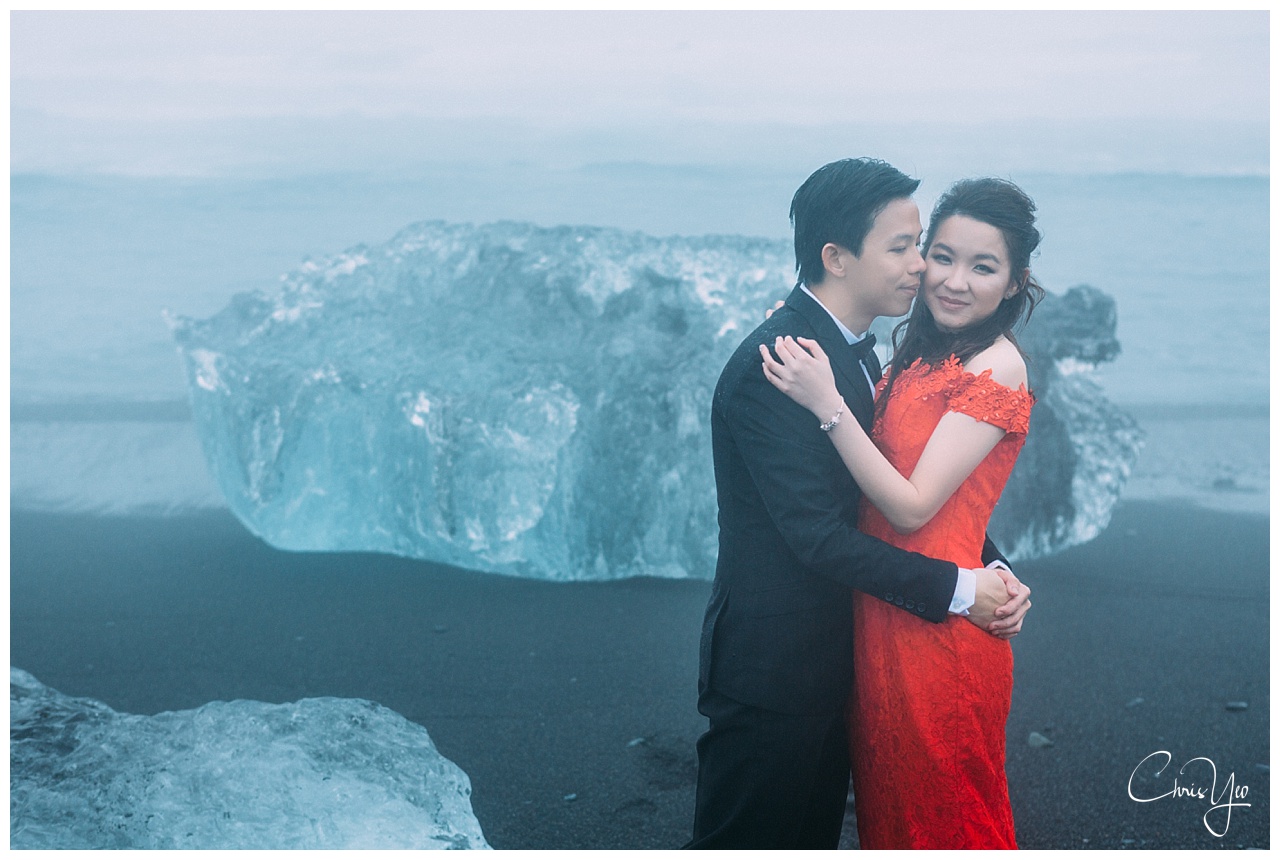 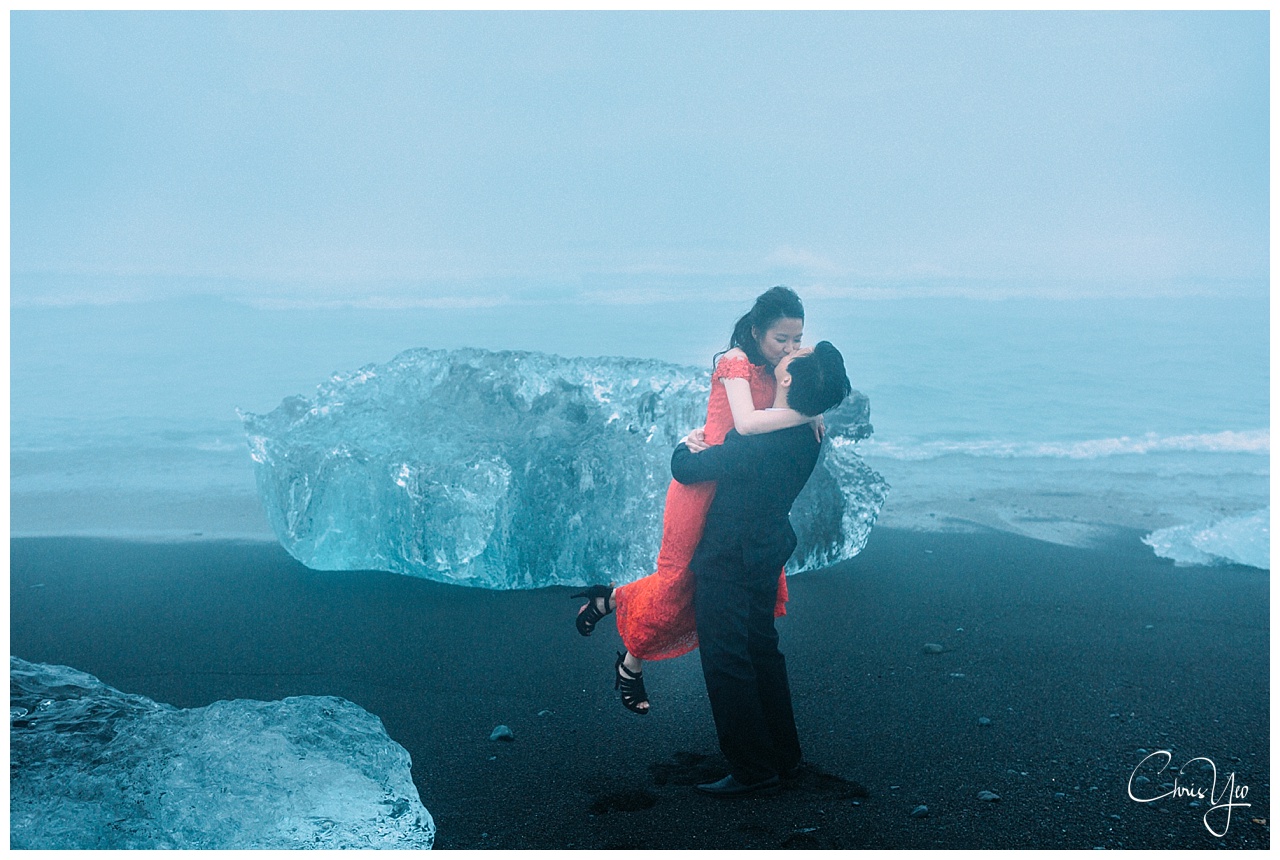 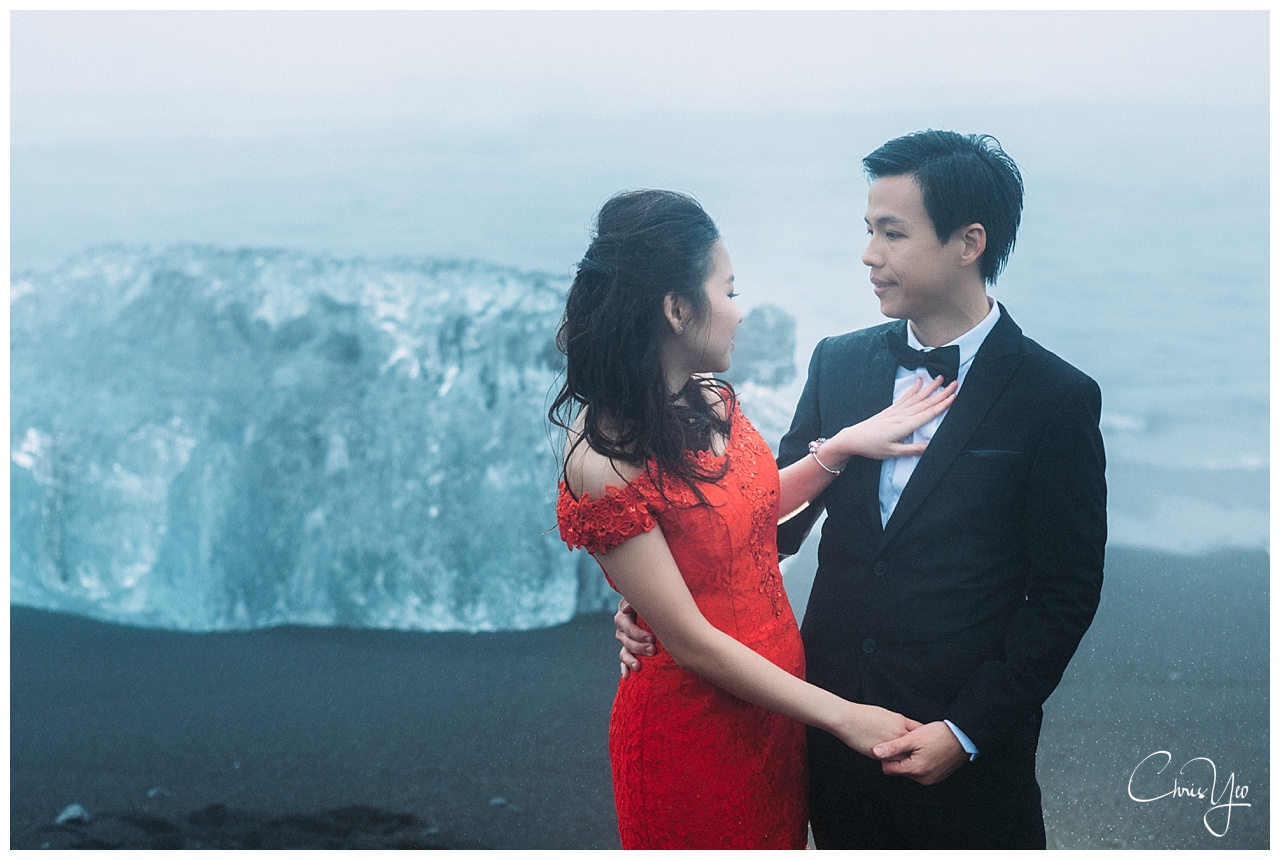 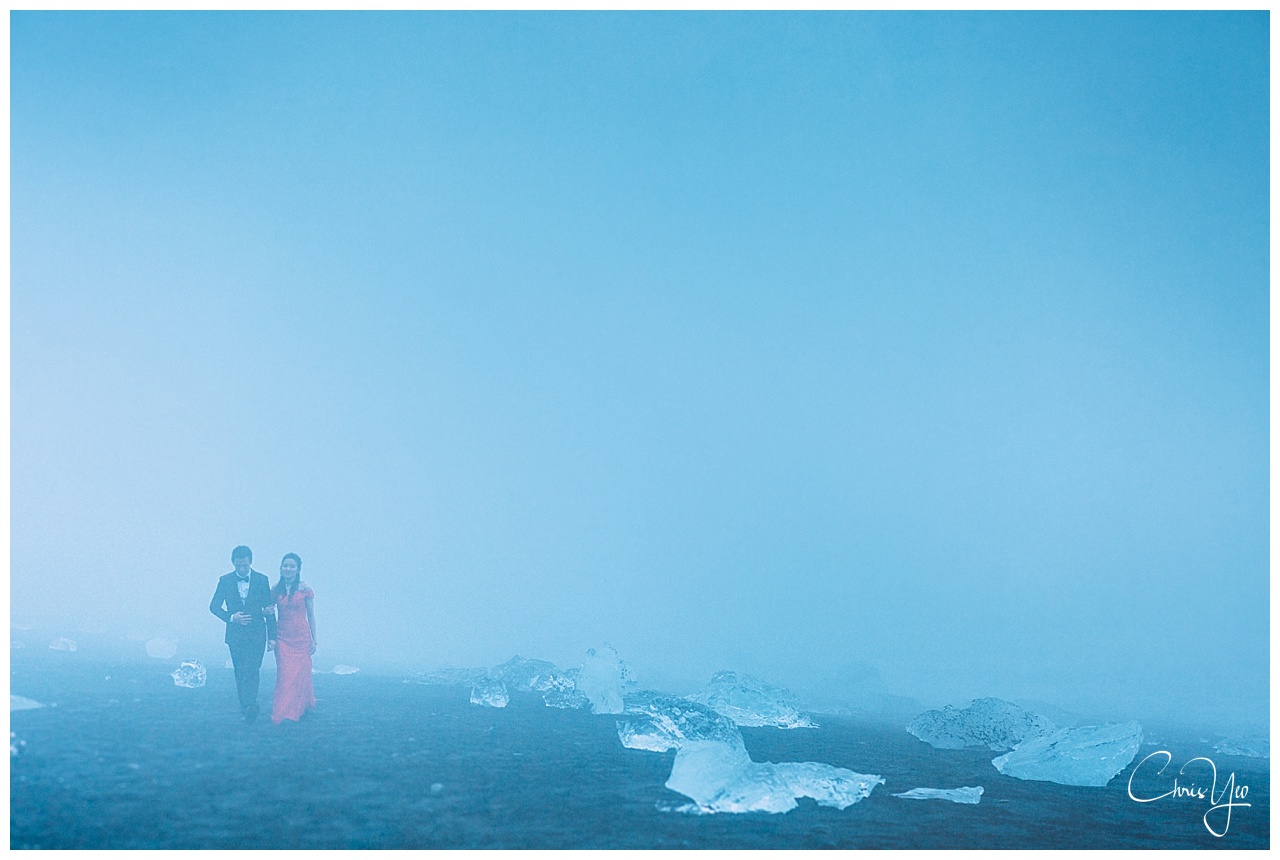 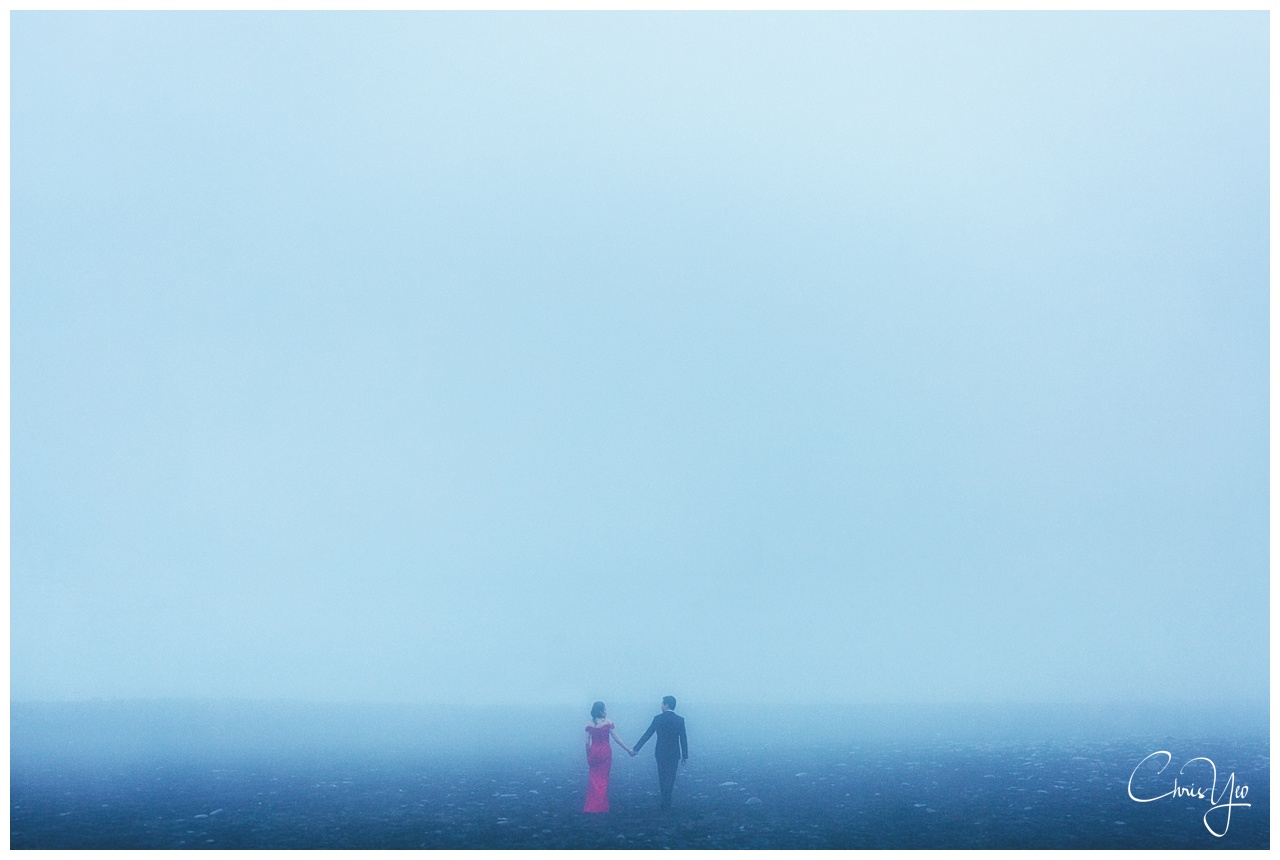 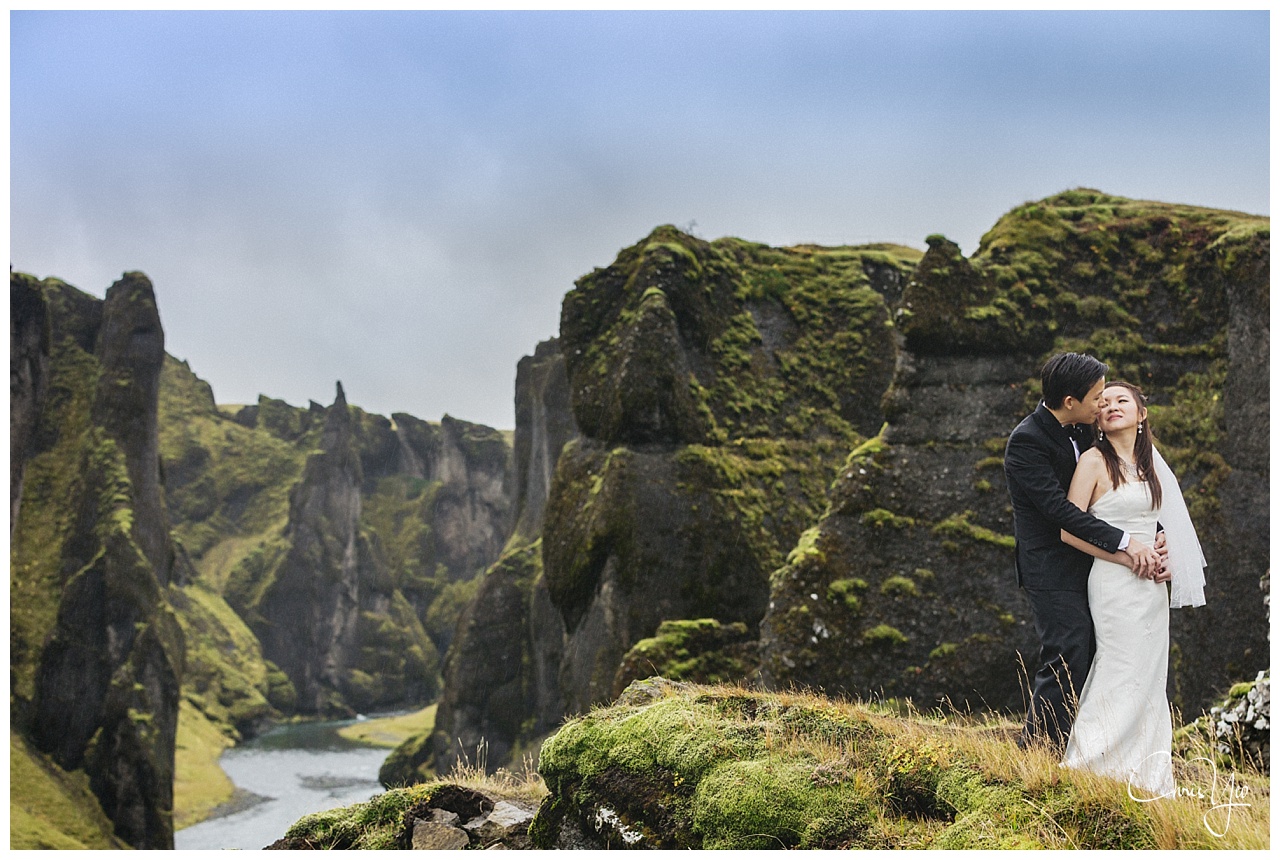 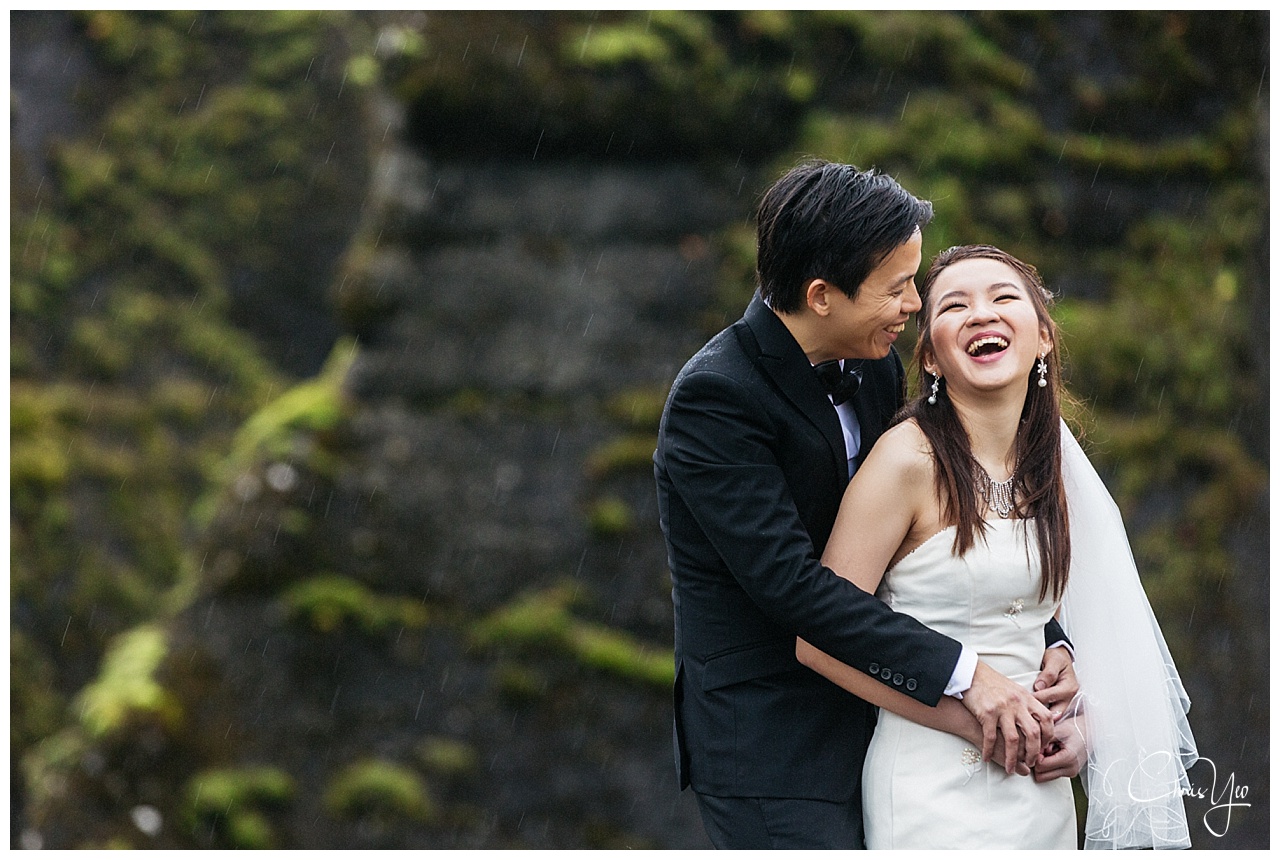 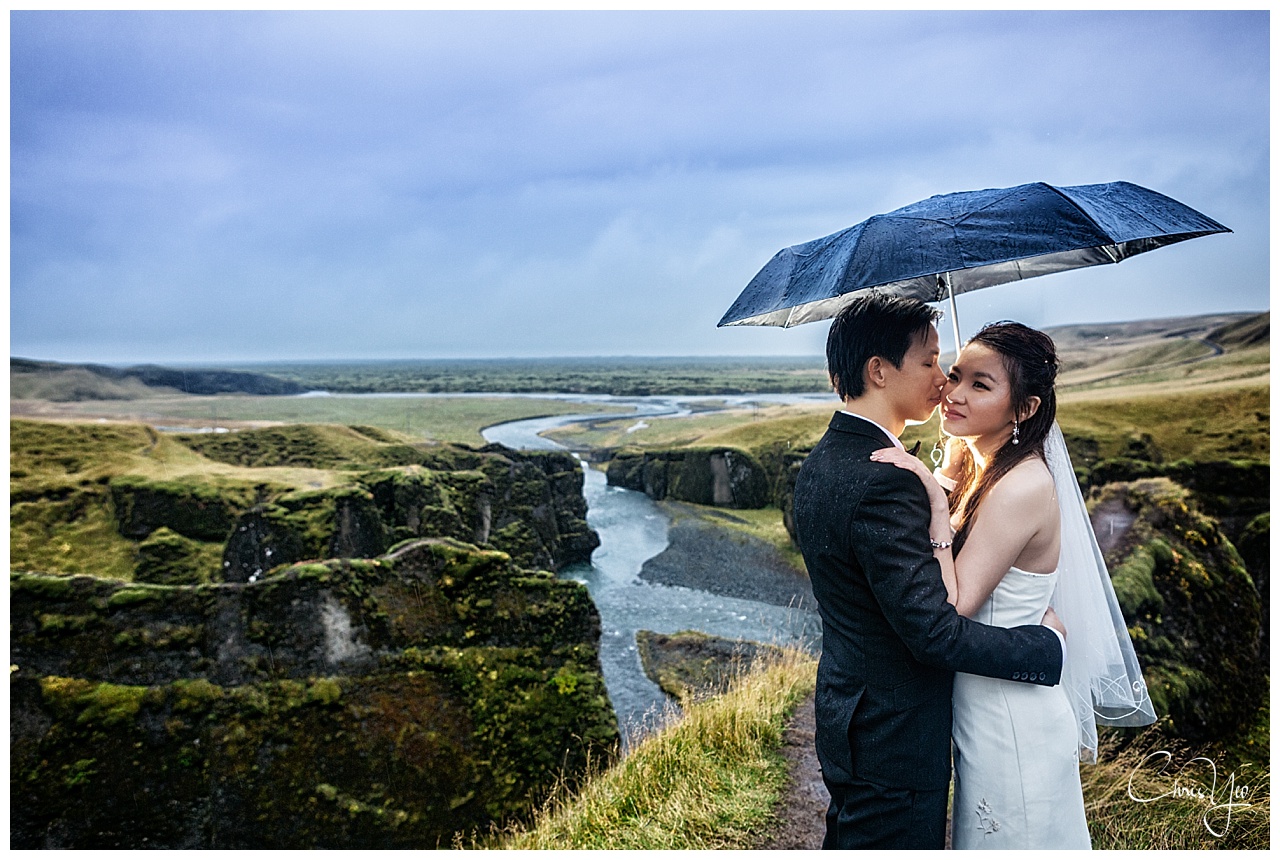 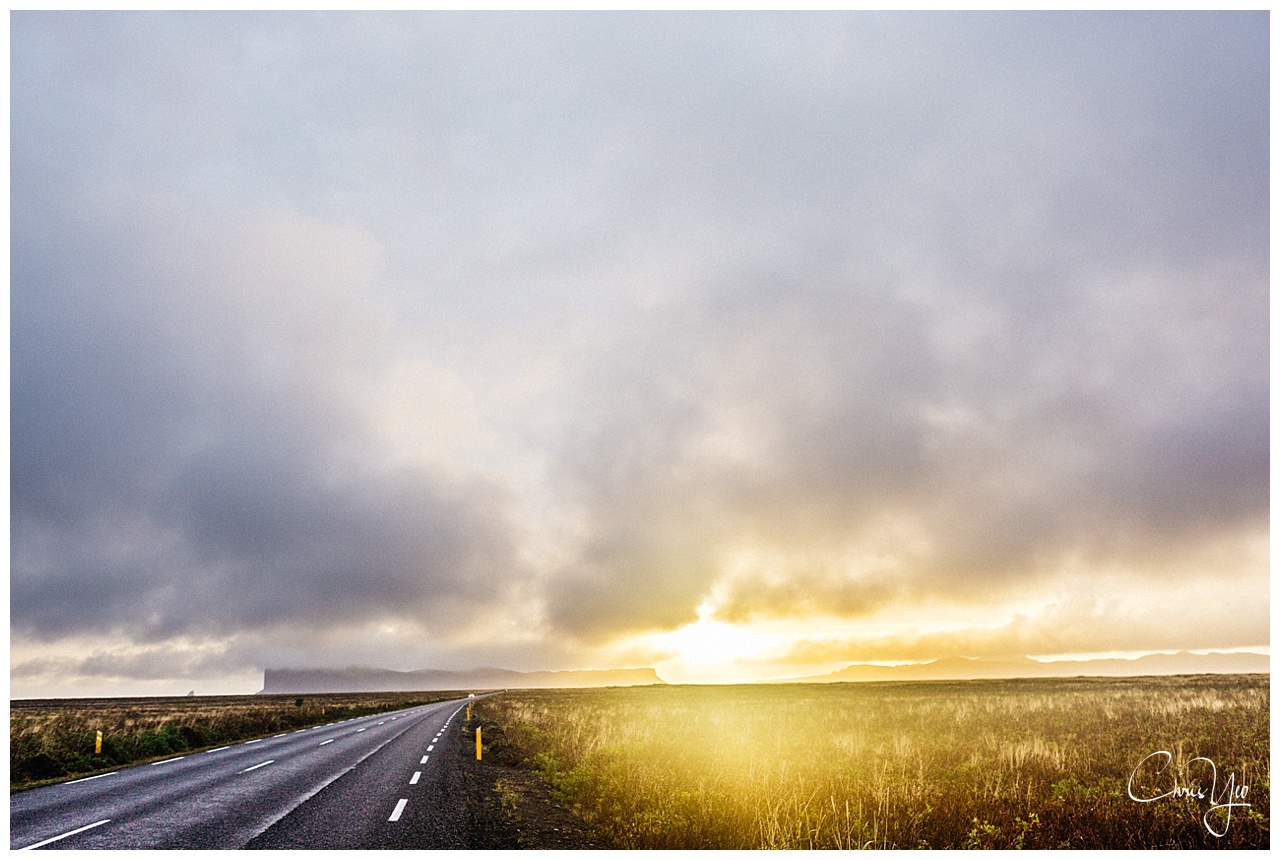 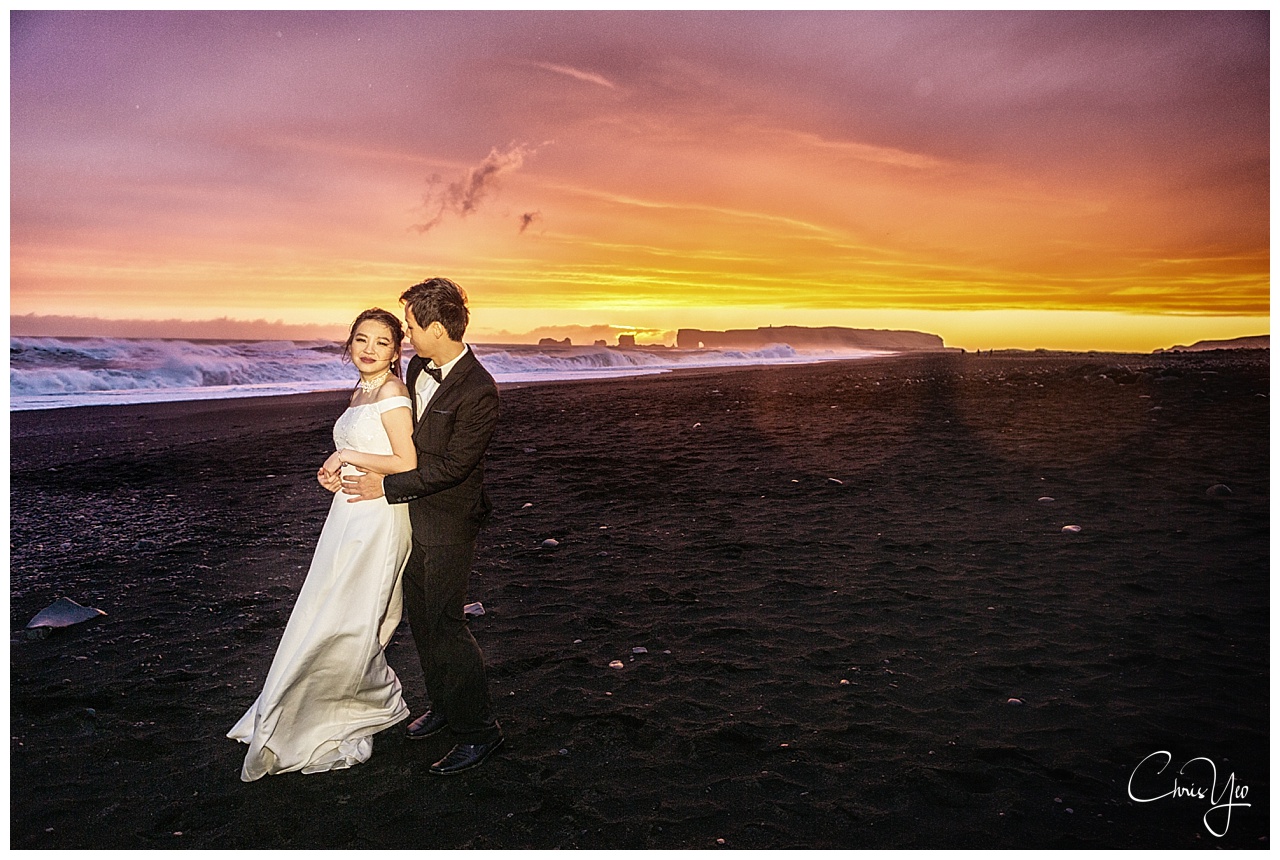 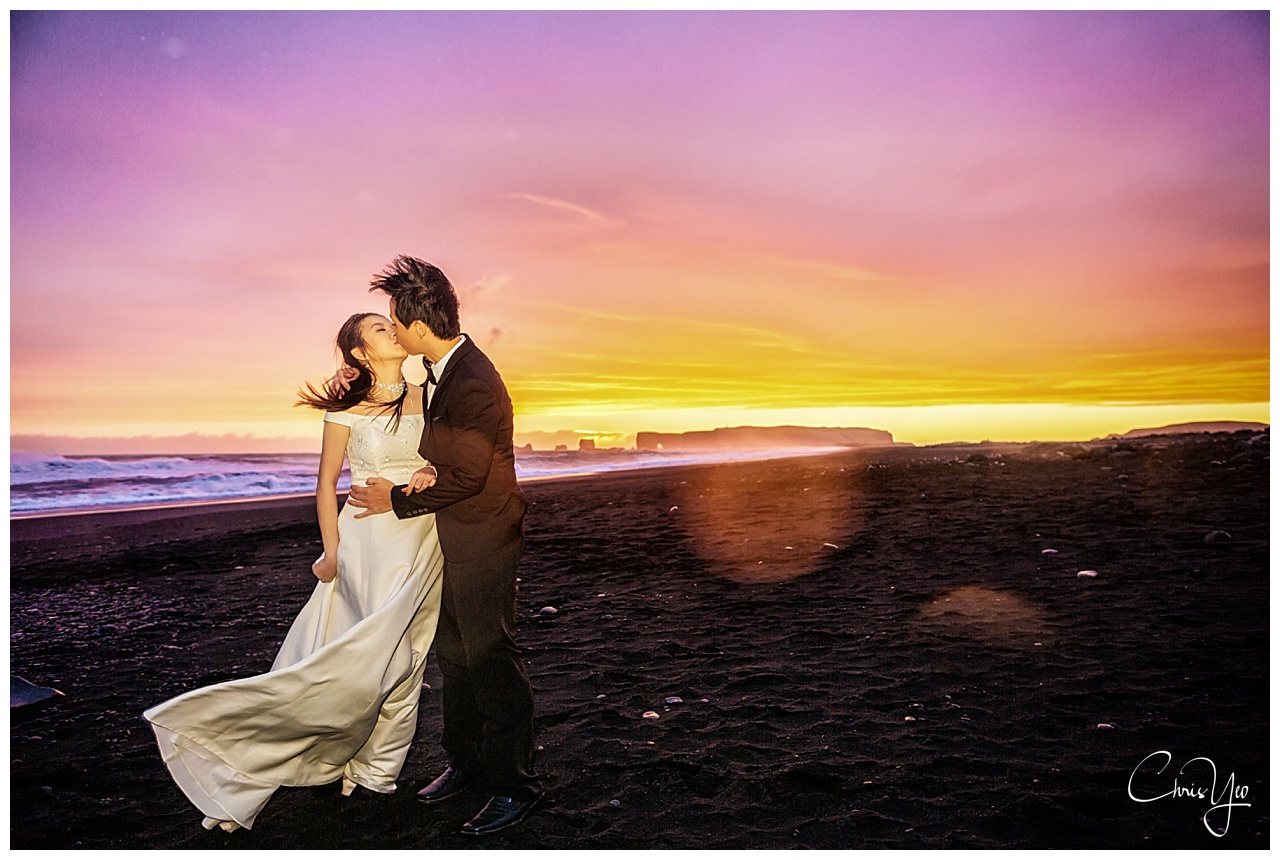 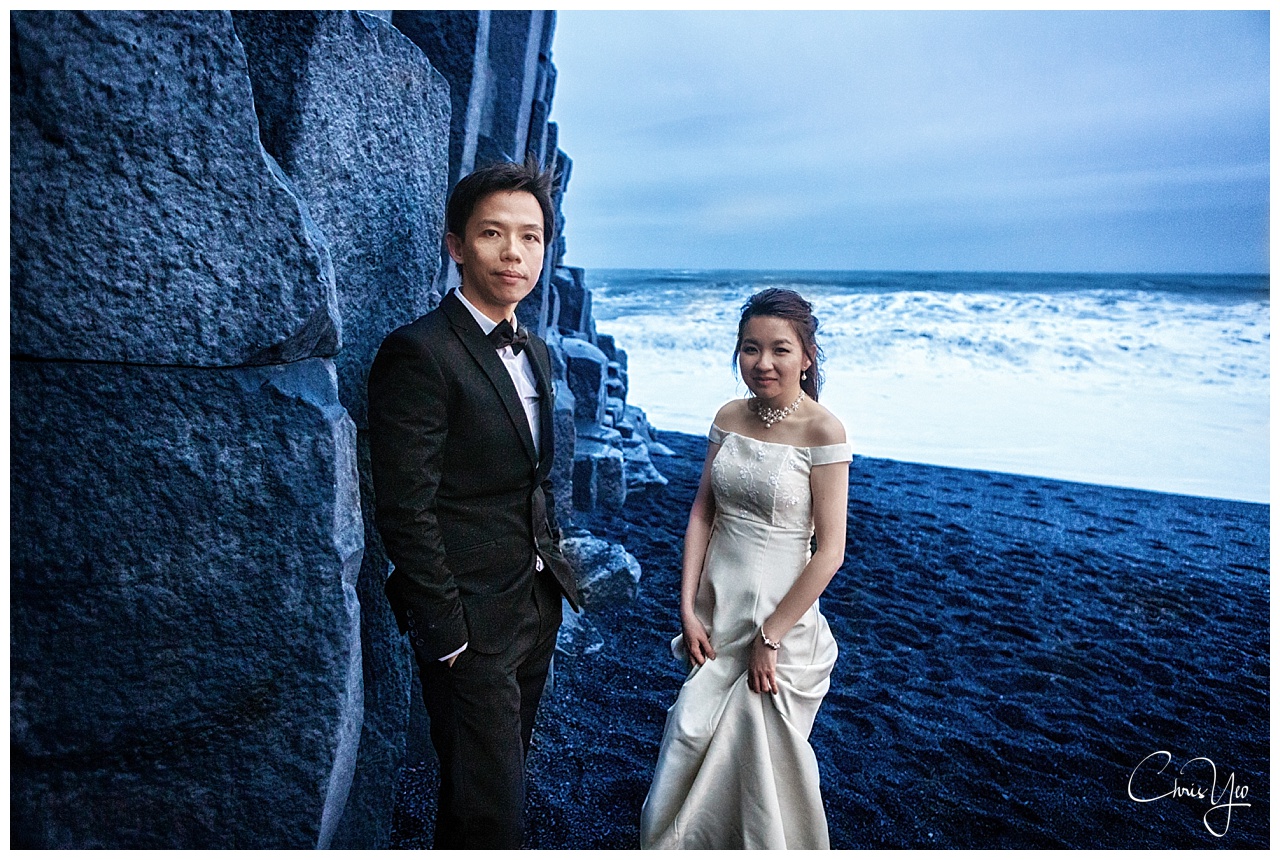 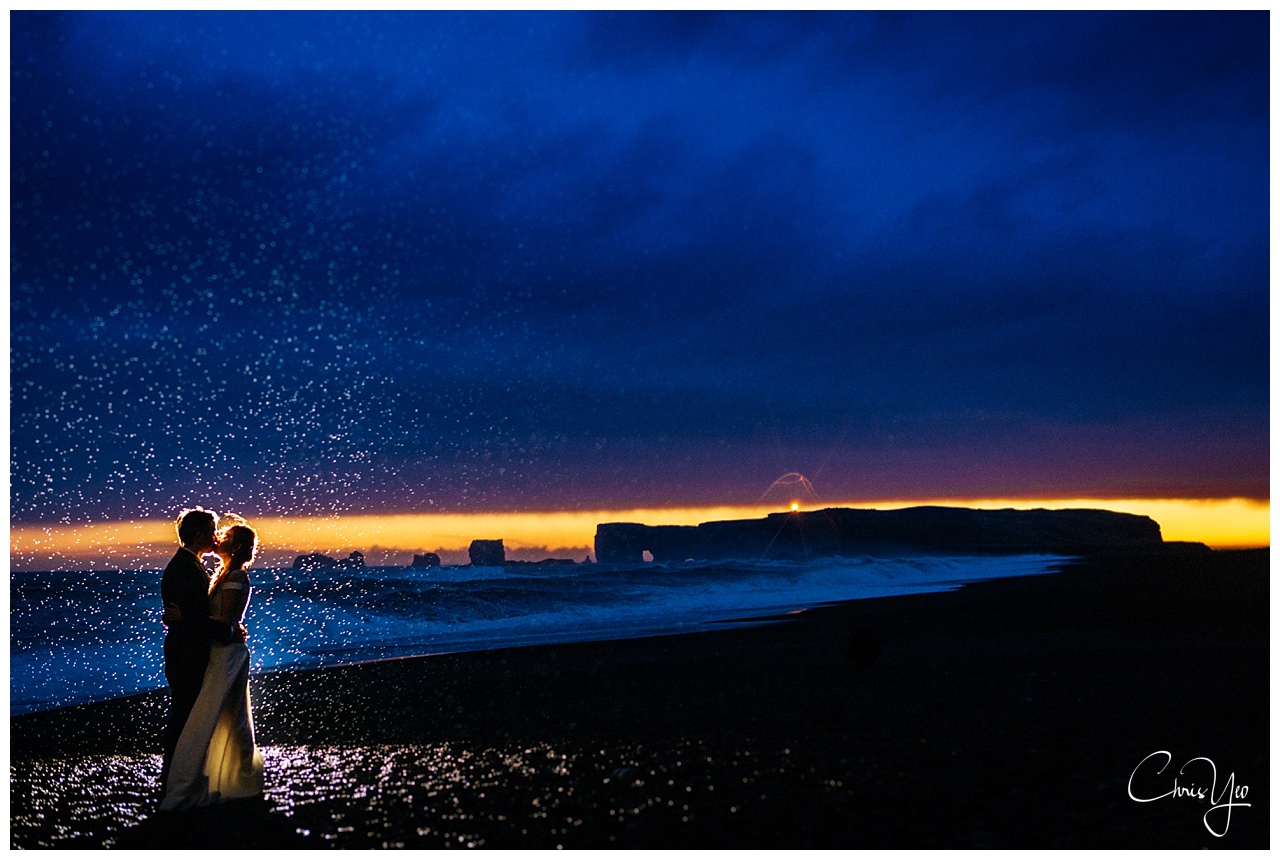 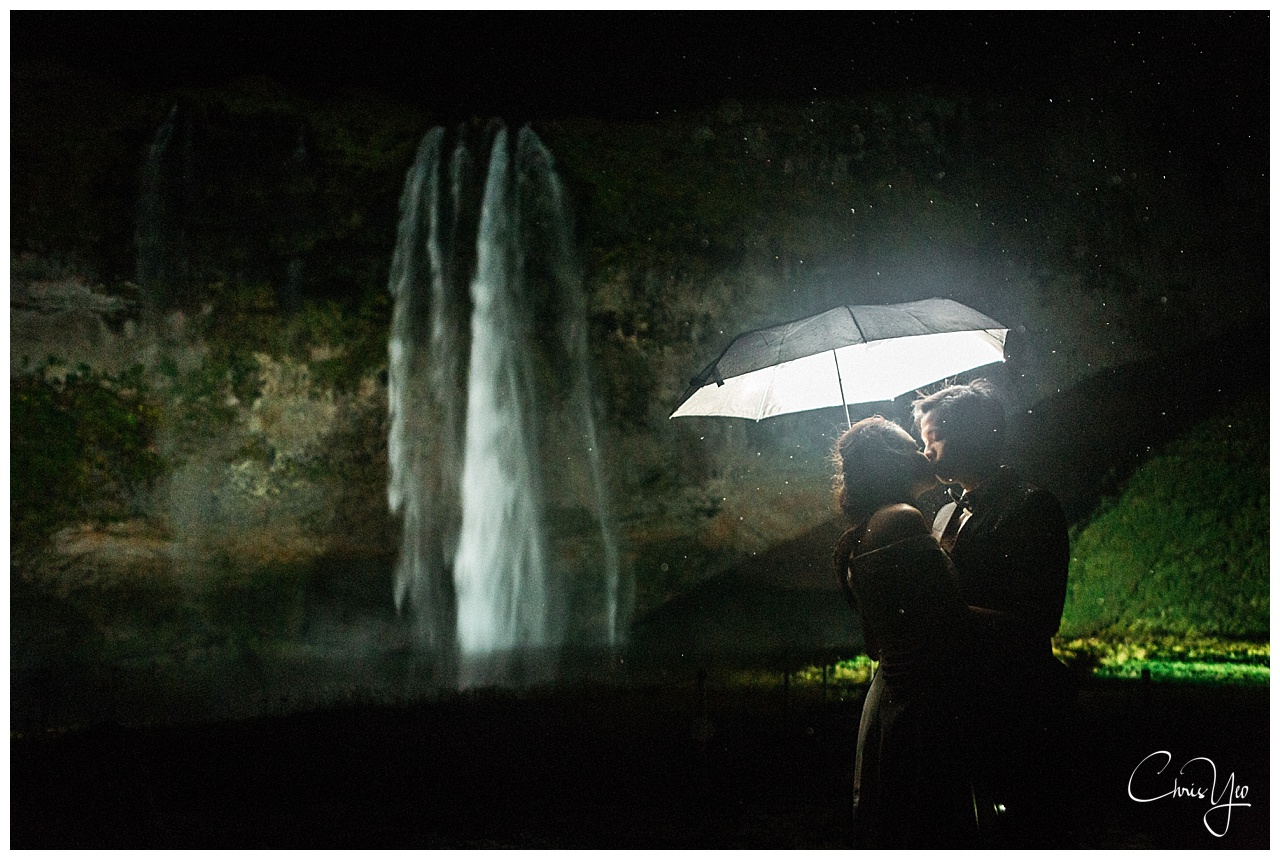